Taking Action On Your Feedback!

Yesterday we began the server zoning experiment, which tested grouping our Filipino players into their own server (and Member servers if they are upgraded). We began this experiment to make players safer, happier, and to make selecting servers easier to understand.* 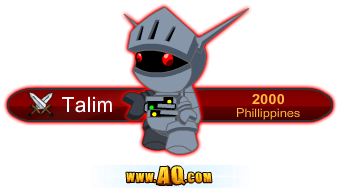 A lot of you liked the changes, but many of you had concerns. We always want to act upon your feedback as soon as possible, so today I met with Artix and Galanoth, and we've got a list of changes for you!

Based on your comments, we have made the following changes to our server zone experiment:

* With 19 servers, it can be overwhelming for some new players.
** We are shooting to have the Minimal server and the rest of these changes out to you all by Friday.
*** All members would still be able to access both Member servers. Just the labels would change.

Thank you all for your comments, enthusiasm, or concern for your fellow players, and for working with us as we try new ways to make AQWorlds a better for all our players!