Battle through an ancient dungeon outside space and time, and uncover the secrets locked inside Sekt the Eternal’s Fourth Dimensional Pyramid this weekend! 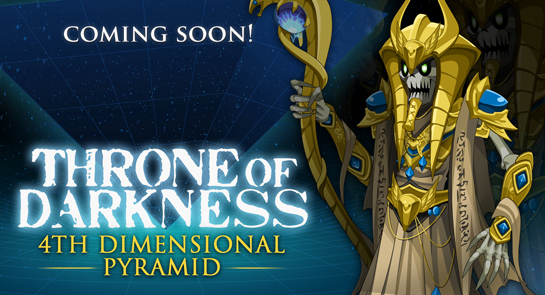 Will you fulfill the ancient prophecy? ... Your life depends on the answer!

* I hope you've saved your Anti-Matter gems from last week! If you haven't, though, never fear! This week's boss monster also drops them.