This Weekend: Return to Crownsreach

Will YOU ally with Chaos?

It is said that "the enemy of my enemy is my friend" -- and in this case, that is VERY true! On Friday, March 24th, journey to Crownsreach and talk to Drakath - the former Champion of Chaos. He is plotting his return to power after the Queen of Monsters stripped it from him... and humiliated him in front of the entire world. 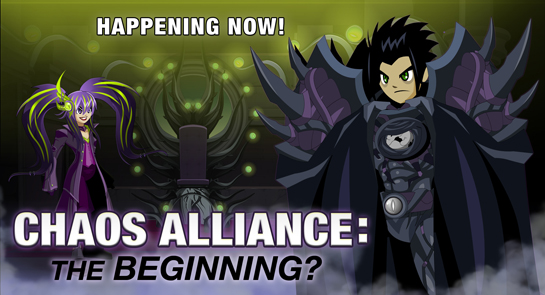 Will you ally with him to take down the Queen of Monsters? If your answer is YES (or if you just want to check out what this long-time enemy is getting up to) /join Crownsreach to find... 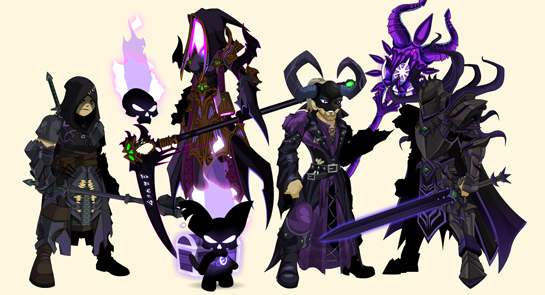 Meet the Residents of CrownsReach

When plotting to re-take over the world, it's important to surround yourself with people you trust. Drakath, having been betrayed once, has taken pains to vet his new companions. Meet the crew:

Rank up your Chaos Faction rep to unlock new gear from Cemaros, check out Gesar's gear shop, and do NOT poke your fingers into the cages in Skoa's Chaotic Critter cave.

For the Dedicated: Chaos Awaits

Since AQWorlds began, we've had heroes asking for the ability to choose a Chaos Alignment, just like you can choose Good or Evil. Chaotic Good, Neutral, and Evil heroes... your TIME is almost here!

Talk to Cemaros to choose a Chaos Alignment. You'll need the Chaos Contract (sold for 100,000 gold). Once you choose this, your character page will change to show the Chaos Hero alignment. 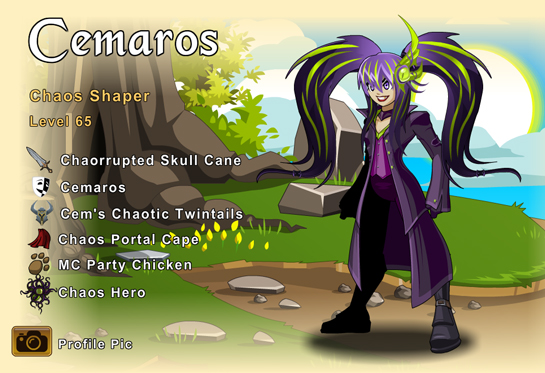 If you are TRULY dedicated - and have rank 10 Chaos rep - YOU can begin Iaste's quests to rank up your Crownsreach Militia faction. Those who do will become Drakath's MOST dedicated, and trusted, battle companions.