All your ArchFiend fans should rejoice, because we've got MORE gear from the ArchFiend available PLUS a new quest chain in the Tercessuinotlim zone! As part of the Hanzo Void series that released last week, we've got the Shadow Hanzo available for limited time in the Nulgath birthday rares shop! 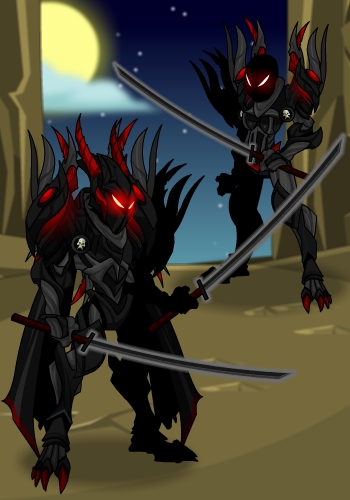 Nulgath's Nation is growing, and so is the demand for new pets to help farm for his gear. Until February 2nd, the Astral and Crimson Orb pets will be available for 1500 AdventureCoins.

These quests are one of the best ways in-game to get Blood Gems, Totems, Diamonds, Vouchers, Tokens, Gems, Shards, and Uni 13s and each has a chance to drop an exclusive weapon!

Nulgath fans can /join tercessuinotlim NOW to take on the Death's Head monster for a small chance to get the Death's Bright Blade weapon! 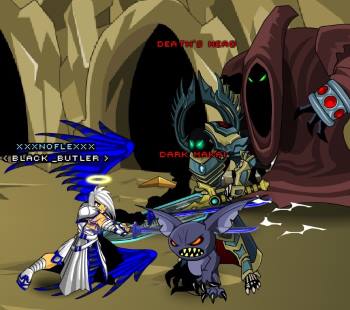 Loyal members of the Nulgath Nation can also get the full Golden Hanzo set in the ArchFiend merge shop or talk to Carnage to begin the Dark Makai rebellion quest chain (available to all players with access to the Tercessuinotlim zone). 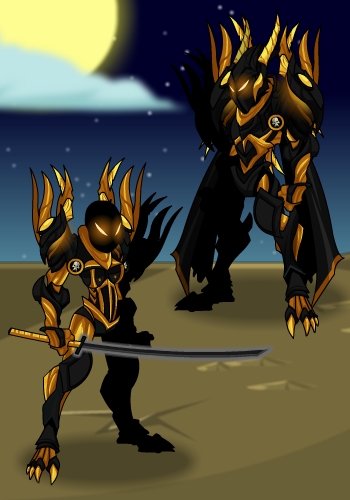 The Golden Hanzo gear will be permanently available, so if you need time to farm all the requirements to create the gear, never fear!