Nulgath the ArchFiend Has Been Waiting for this Day...

Nulgath the ArchFiend’s birthday is coming up, and to celebrate we’re releasing a full event with a new story, monsters, rewards, and rare gear! Will you battle to aid the ArchFiend in his newest plot on January 15th? 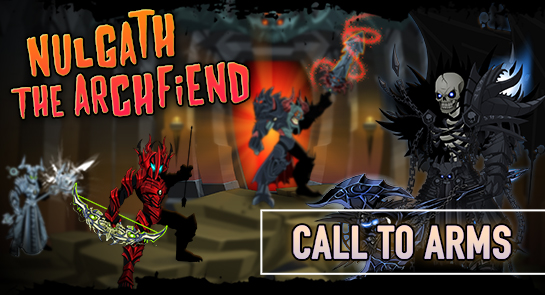 Nulgath the ArchFiend - the very first artist to work on AdventureQuest Worlds - is leveling up in real life this week, so this week's update is ALL about him! It was inspired by two of your fellow heroes - Balor and Dragmanguy BloodHunter! Recently they sent us a release they'd put together and we loved it so much, we used it as the inspired for this week's new release!

If you're not familiar with Nulgath the ArchFiend, his Nation is full of some of AQW's most hard-core farmers and high-level players - though this release is geared toward helping them celebrate, there is something for players of all levels to do!

The Choice is Yours...! (Not Really. You signed a contract.)

Battle alongside Commander Dirtlicker to permanently establish a link between our world and the OverSoul... if you DO, you'll be able to reap the rewards! (Though because these rewards are for NULGATH, you'll need to WORK to earn them! 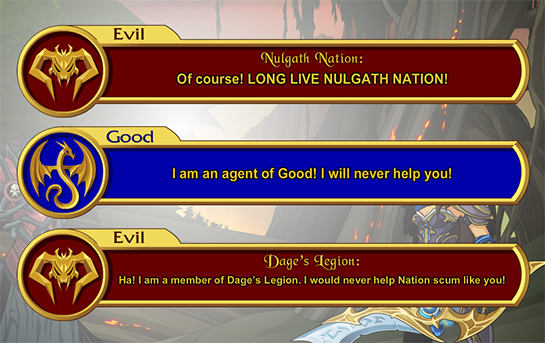 The story map merge shop will have the Shadow Legacy of Nulgath, 3 new Evolved Orb pets WITH quests for the Evolved Blood, Hex, and Shadow armors... and more! 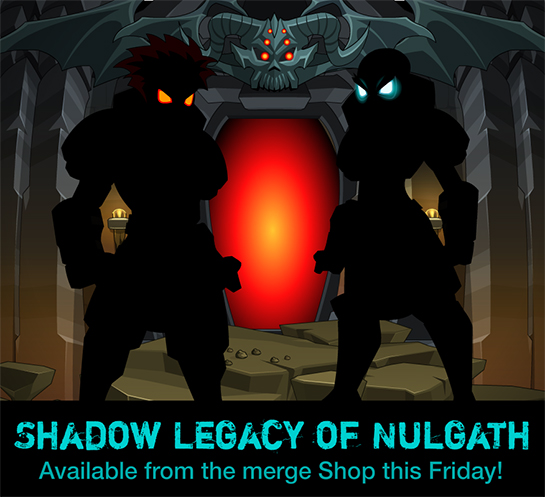 These Orb Pet quests were created to commemorate the original pets from waaaaaaaay back, so they're set up with requirements and quests very much like the originals. (That includes the member-only flag and the AC item requirement. You can find the Platinum Coin of Nulgath from his shop in /Tercessuinotlim)

And for the REALLY hardcore Nulgath Nation farmers, we've got TWO houses for you to quest to unlock! The first is an end-game level house themed after Nulgath's fortress. Once you unlock THAT, you'll be able to evolve it into a version with a customization room AND a chest that will unlock the merge shop!*

Nulgath Fans -- your gear has been buffed!

Birthdays only come once a year, so we're using THIS one as an opportunity to improve the gear for Nulgath's loyal followers! Changes to existing items are as follows:

Two of Nulgath's most loyal team members -- Tendou and Asuka -- had a HUGE hand in building this week's release! Their input was priceless (but Nulgath's new rewards won't be... you'll finally have a use for all those resources you've been saving!) 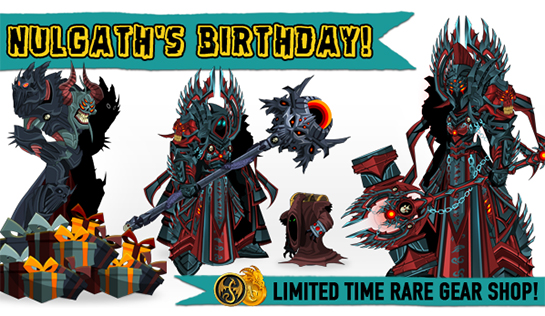 The shop will include items created by Zee (a guest artist from AdventureQuest) and Bido to honor the ArchFiend: