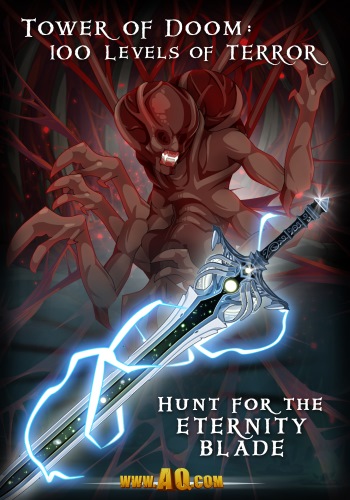 On May 7, 2014, one randomly selected owner of the Eternity Blade will be transformed into an NPC during an upcoming new release. YOU will decide how your NPC will look, and what your NPC does in this zone.

Design Your Own AQW Release!

Yes. You read that right. Alina, Artix, and the whole team wants YOU to create a brand new release in AdventureQuest Worlds! We know you’re super excited—and for good reason too! But you’ll need to follow all the rules for your idea to be eligible. So listen up!! 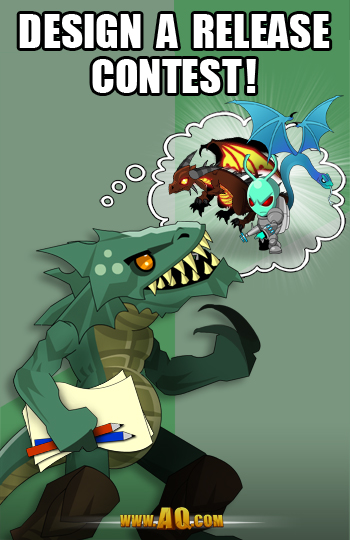 This new contest just started on the Forums. You have 1 week to plan out a new weekly release following these guidelines and parameters:

Want to see a sample of how your AQW Release should look like? Check out the sample Google Doc here!