Irish you the best of luck =D

The luckiest day of the year is rapidly approaching… so we are celebrating Good Luck Day all week long! Adorn yourself in green leprechaun attire and wield shamrock blades while searching for the end of the rainbow. Legend says that a pot of gold resides at the end of every rainbow… but there is only one way to find out if it is true or not! 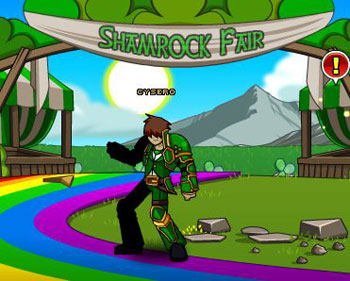 In addition to the Rainbow map making its highly anticipated return, Lore’s most fun fair is coming back to town! Join your friends at the Shamrock Fair and play 6 of our fun-filled minigames:

Each game offers Golden Tickets prize giveaways. And when you have collected enough, you can get your hands on some Lucky Prizes that are sure to make your friends green with envy. And green in appearance ^____^

But wait--there's a new feature we JUST added! 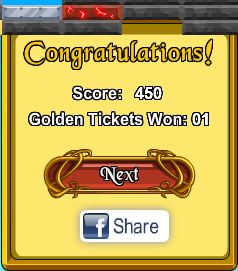 There are A LOT of prizes to be won in the Shamrock Fair. 45 of them, in fact! You might have to head to the bank and throw some stuff in because you don’t want to miss out on getting these rockin’ Shamrock Fair Items! 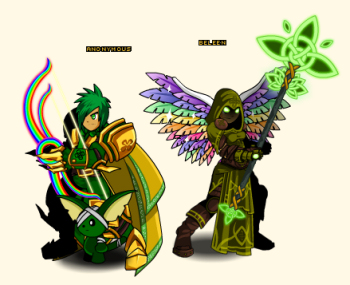 All of these items in Mog O’Rahilly’s shop are Seasonal Rares… except one. Polistar made the Cloverfield Stalker Armor just for you, and it will be going permanently Rare once the event is over. This is the only item in this shop that is selling for ACs while all the others require Golden Ticket turn-ins. 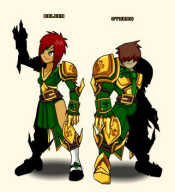 Wanna earn 2x the amount of  Golden Tickets? You can purchase a Lucky Hat from the Fair-y Faeries in front of the Shamrock Fair to double your Golden Ticket payouts!

But Beleen! I’m running low on ACs! Well don’t worry my friends; you’re in luck! You can use our AExtras special offers system to earn FREE AdventureCoins. Just click here to check it out. By completing each offer from our sponsors, you can win free ACs and get your hands on the Lucky Hat in no time!

A new face (and armor set) in Battleon

Ragnar has made his way to Battleon with the Asgardian Armor set! AQ Classic fans will recognize the armor that the Norse warrior is wearing. Only the greatest heroes will be able to buy the Asgardian Set from Ragnar along with all the other items from the upgrade shop. 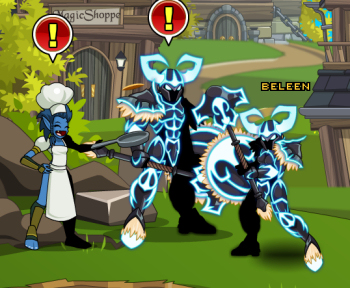 The only way you can get all this super sweet swag is by being a Member! If you have supported us by upgrading, then you can be one of the first to show off the Asgardian Armor set. Thank you for helping keep AQW alive and running, because without you wonderful guys and gals, none of this would be possible!!

J6’s cousin needs some help! David is a self proclaimed Mad Green Inventor and is on the hunt to “find his true self”…ermm, whatever that means. If you are looking to do some of the oddest, weirdest, and most difficult-est quests in all of AQW, head to the Frozen Northlands and /join David! 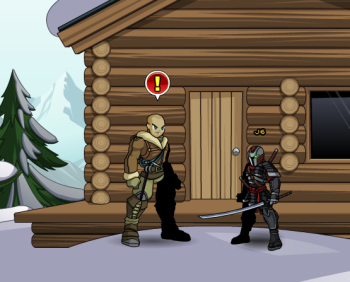 This is just one of those funny ha-ha additions we do around the game. It actually took a great deal of new functionality and I gatta give a hand to Yorumi for making it possible!

On behalf of the entire AQW Team, we hope you have uber amounts of fun during this special clover-filled release. We have NO idea how we managed to conjure up this HUGE of a release in 5 days… but we did have a lot of motivation and support from players like you! And a lot of luck, too. And coffee. Mmmm.

So Irish you and your pals the best of luck =D