Slash, dodge, and leap your way to Battleon because the Lorelympics shop has been updated! All-new gear celebrating Lore's oldest sports competition are now in-game and ready for equipping. Will you skewer skeletons with your javelin? Bash baddies with your brand-new discus? 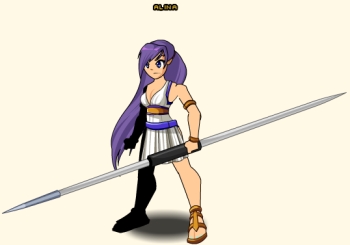 New items in the Lorelympics shop:

The clash between two of Lore's evillest commanders continues! Over the weekend, Nulgath's Nation pulled ahead on the war meter 38% to 14%! Undead Legion, are you going to stand for that? Nulgath Nation, will you let them regain control of the war meter?

The battle continues, and the rewards will keep coming! Later this week, both Nulgath and Dage will put 2 new items into their war shops AND each has decided on what they will offer to their followers if their side wins!

Remember: all of the war content going rare will still be available for TWO weeks once the war meter hits 100%! That will give everyone a chance to farm.

Coming this week to AQWorlds!

Members, grab your steampunkiest gear and /join skyguard because the Master has a NEW plan, and it involves many monsters, crazy Chaos, and he'll need the help of his most trusted recruit to pull it off! ... And that's YOU! Infiltrate his not-so-well hidden bunker and see just what he's planning... and what Drakath intends to let him do!