Conquest of the Dragon's Lair

The Summer of Chaos Heats Up!

Forces of Chaos, FALL IN! Alliance Army, /unsheath your weapons! The next battle is happening NOW, and once the heart of the Dragon's Lair is pierced and its secret revealed, there is NO going back! 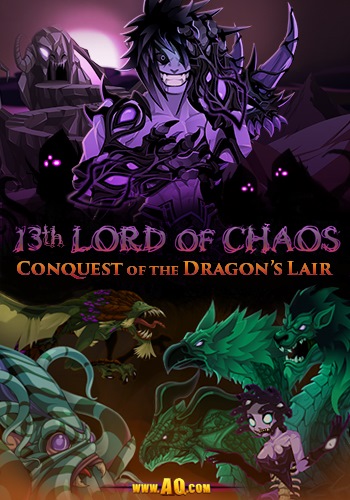 Forces of Chaos Goal: Destroy the Lair's Defenders to gain access to the heart of the Dragon's Lair, and unlock the secret of the 13th Lord of Chaos's destiny! /Join LairAttack to begin!

The war meter you see is a visual representation of the shifting war waves, illustrating the Chaotic way the frontlines of both the Chaos and Alliance forces shift back and forth.

Many of the events in the Summer of Chaos are NOT scripted; the war cutscenes were written for each different outcome (if the Alliance had won in Darkovia, Safiria and the 10 million vampires would not have died!)... but many events in this storyline MUST happen.

Your Hero's destiny has been set since you first got struck by lightning and fell down the mountain; we have been leading up to this for years! That means to unlock the Gauntlet waiting for you... you MUST finish all of the Chaos Lord sagas and face Drakath on top of Mount DoomSkull!

In order to take out even MORE of the Chaos Legion, Empress Gravelyn is sending Legendary Alliance members to locate Xan, one of Lore's most powerful - and insane - Pyromancers! If you are not caught up on his story, /join volcano to begin it! Talk to Warlic in the World War Lore map to begin this story! 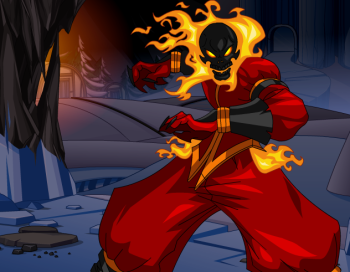 Some say the world will end in fire... some in ice!

You'll need to save Xan from the legion of Chaos monsters sent by the 13th Chaos Lord AND overcome his paranoia to convince him that his best interests lie in helping YOU blast tens of thousands of Chaos Warriors to smithereens... or his fire will be quenched for good!

Talk to Loremaster Maya when you /join worldwarlore to see the newest gear in our Chaos War Rares and Chaos Merge shops! 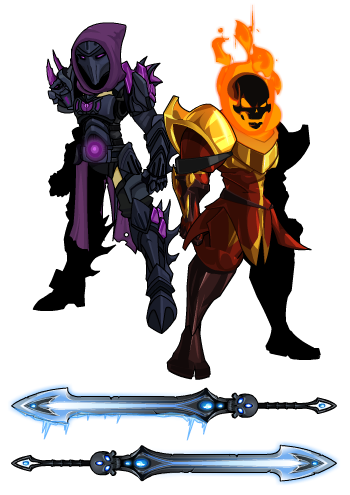 Earlier this week, we released the Stalagbite's Herald and Champion sets in the merge shop, and tonight you'll find some of the coolest (literally!) new weapons released yet!