All Coder Hands on Deck!

We are always working hard to improve AQWorlds, but this weekend, we woke some of AE's top programming talent together VERY early, broke open the energy drinks, and merged their collective coding skills * as we reviewed AQW's servers, databases, and network issues.

We are going to fix this lag if it kills us... and then we'll just keep at it, because undead don't need to sleep!

* We have over 30 YEARS of programming experience powering Team Zhoom-Rhubarb-Rolith-Titan-Yorumi! #TeamZRRTY! (Pronounced Zerty, like thirty.)

One of the most visible changes you will see directly is how we've altered the Fishing Tradeskill.** Instead of buying stacks of bait from the shop and then immediately using it to fish, you'll need to slay frogzards in Greenguardwest to get them as drops. 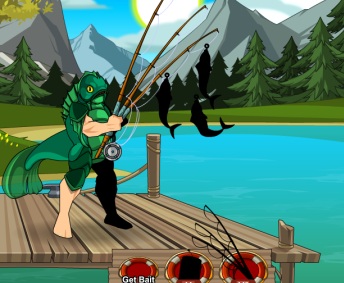 **
Talk to Faith in /greenguardwest to begin!

All servers have been restarted with some backend fixes to how the game's servers interact with its database. The more efficient that is, the less lag there should be. We've also patched some holes in various quests and items which allowed third party programs to cheat the system. We will continue these improvements over the course of next week, and each week after until the lag is as gone as we can make it. 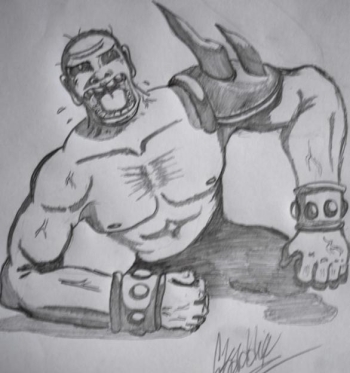 Skadiiee's sketch of the Lag Monster (MUST be defeated!)***

New issues may crop up as new versions of Flash Player and different Browsers updates are released, but with you all giving us feedback as bugs are found, we'll work together to make AQW run as smoothly as possible!

*** Fun Bonus Activity: If you could draw the Lag Monster, what would it look like? Let me see your sketches on Twitter!

Make sure to log in this Wednesday, because 12-12-12 is NOT just another day... it is the beginning of the end! An ancient evil is rumored to rise on that day, and we're going to need everyone's help to save our world from destruction! 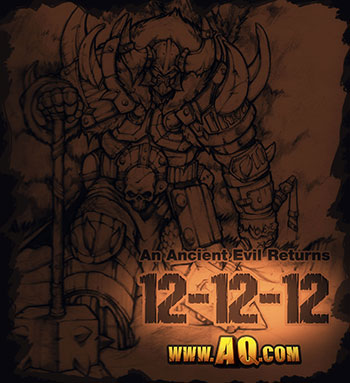