This weekend: The Hun'Gar Games BEGIN

After the trials and tribulations of Pax’s warlord challenge, battles inside the Death Arena will never be the same! This weekend, fight alongside your team members to hone your combat skills in our newest PvP arena! 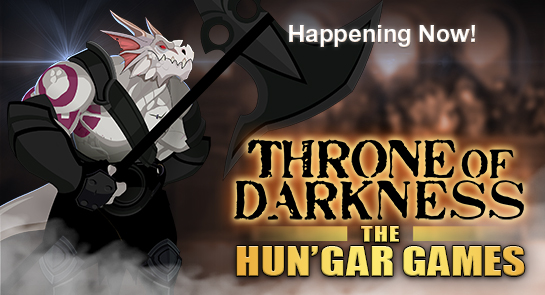 Drakel begin practicing the art of war from a very early age... and to help YOU keep your blades and skills sharp, we've built a new PVP arena and stocking it with NEW rewards!

This week's PvP map is modeled after the team PvP in Darkovia Brawl, but fear not, PvE-ers -  if you're a member, there will also be some PvE quests and rewards if you aren't a fan of PvP. If you're a free player who isn't into PvP, even MORE good news! We've added some new gear to the DeathPit Rep shop*

If you ARE a PvP fan, though... this is your time to break out your best class and get to battling! And speaking of Classes... the Drakel Warlord CLASS arrives tonight, too! Read this Design Notes post for more info.

* And fixed the issue with the gear that was not requiring rep. 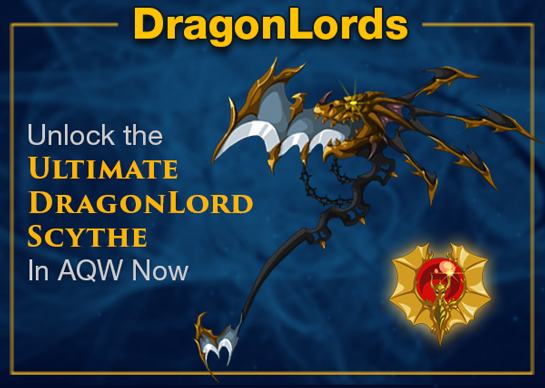 Make sure you've linked your DragonFable account to your AQWorlds account, then find the Ultimate DragonLord Scythe in the DragonLord shop in the Guardian tower!

As we race to the finish of the server rewrite, we need ALL the testing we can get! Log onto the PTR servers this weekend for a MEGA boost on both the PTR and member-only PTR Testing Servers! Get 200% MORE Class points, rep, XP, and gold!

There is a known issue with the display off bonuses, but you ARE still being awarded them. If you encounter any issues wh