Get Double EXP and Rep while you Battle to Save Beleen!

It is Valentine's Day: a time of love, candy, and SO MUCH PINK! So, of course, we HAD to have Beleen plan out the event; there's just one problem... she's gone missing! If she's ever going to find her true Valentine, you're going to have to find (and rescue) her first! /Join Beleensdream to begin the adventure, because love IS a battlefield, and you're her Hero! 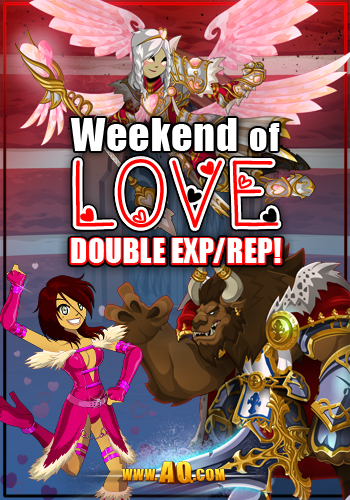 We LOVE to give you extra bonuses!

All weekend long, we've got a Double Rep AND double EXP Boost begins on ALL servers! (Legend servers will get even higher boosts!)

And do not worry about Artix (who has long had an allergy to Beleen's favorite color). He's been barricaded behind anti-pink shields all week while he and the Omni team pushed to submit Battle Gems! (Check out GameSkinny's review here!)

Romance is the reason for the season(al) event, so what better time to release the Paragon of Love set from Tyronius? And if you're not a fan of pink gear (or wings), then Dage has crafted a classic-style plate armor set based on Bluddron the Betrayer's gear. 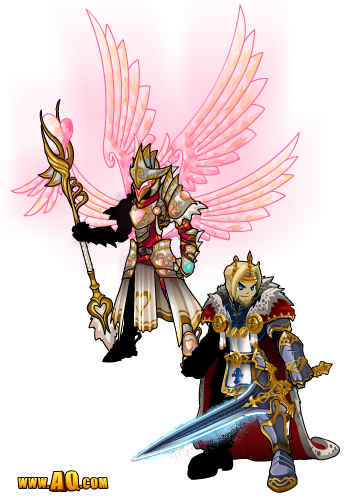 Paragon of Love and Bluddron Armor

And once you finish the event, you'll find the Dream Rewards shop filled with even more heartpoundingly-inredible gear from Zoshi, Memet, Blade, Lovelace, Veneeria, Vokun, and our other artists! This gear will remain in-game FOREVER... just like Beleen's zone! (Though the Hero's Heart Day event will only be accessible for another 2 weeks.)

We love Hero's Heart Day! But you do not need to be in a romantic relationship to enjoy it... there are many kinds of love, and many ways to celebrate your love for friends, family, and your fellow heroes! 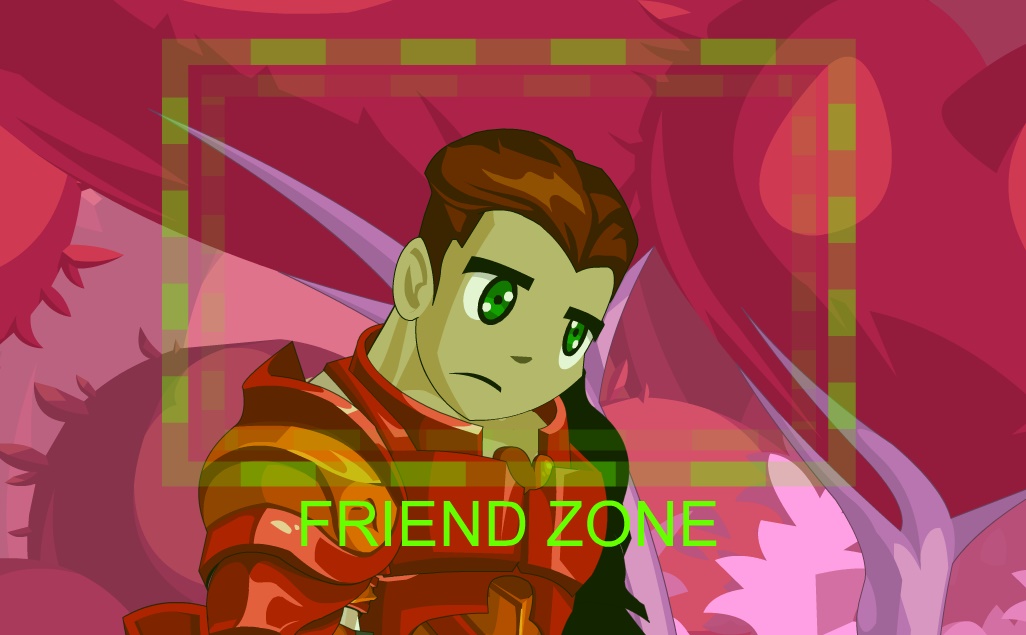 If you can't escape the friend zone, /join another map.

But if you haven't found that special someone just yet and you DO want one, do not give up! YOU are a HERO, and that means the only way to fail... is to give up!

PS: Bluddron's BEAST form and ultra weapons will be available for PVP medals along with some additional new PVP gear next week!