Before you can sit down to the hero-worthy feast Oishii's cooked up, talk to Ergotth in Feast. This ShadowMan has a mission for you, and a monsterous creature to defeat. Deal out its just deserts*, and then YOU can sit down to dessert! 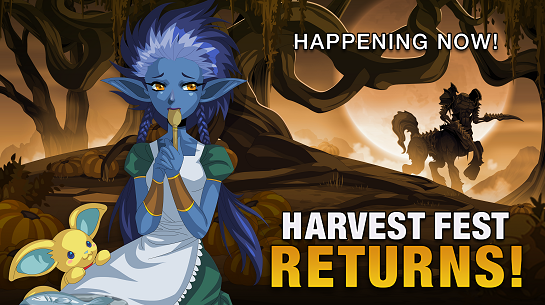 Take on the Wretched Rider

This weekend, talk to Ergotth in the /harvest map to find our more about this ancient undead creature (based on the real-world mythological creature called a dullahan), and why he is a threat to the residents of Greenguard. 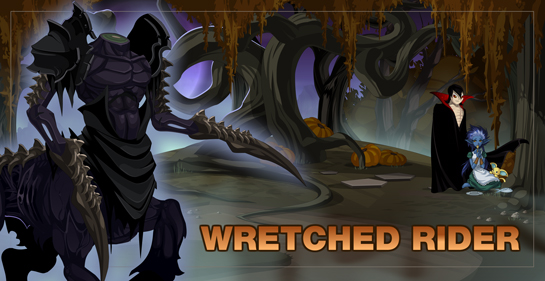 All your favorite Fall holiday gear returns, then battle the Wretched Rider for a chance to earn a new seasonal reward set from Bido! The Undead Wretched Rider armor also drops from the boss quest. 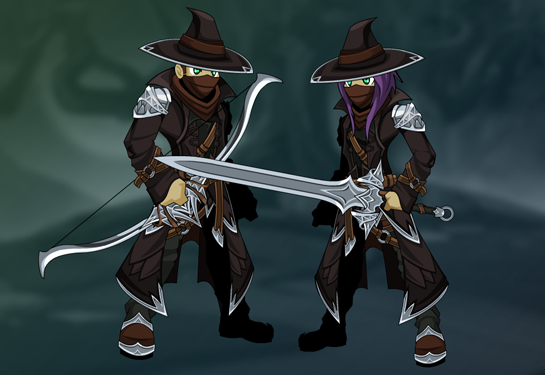 Find the Primal Wraith set from Axeros in the Featured Gear Shop in your game menu until December 1st! 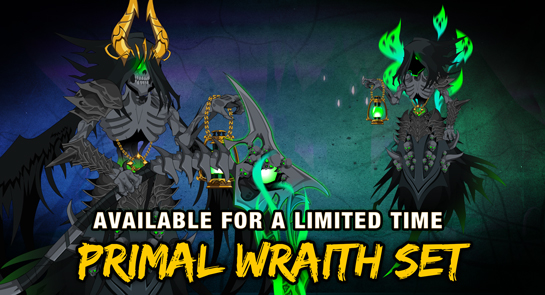 The October Custom Weapon winner, Olantern, has graciously decided to share his prize with ALL of our heroes for a limited time! You can find his weapon, the Olantern's Undead Edge, in the /underworld until November 17th.

He's gotten a lot of feedback from all of his friends and fellow players, and we'll be making some adjustments to the stats and adding a 0 AC tag to the item later this week.

* Just deserts are not just for dessert.

J6's seasonal birthday gear will return to the Hyperium shop later this weekend and if you were one of the Pumpkin Carving contest winners, you'll see your Artix Points and AQW prizes on your accounts this weekend, too. (The AQ3D prizes will take a little longer to award, but are coming soon).