This Weekend: The Great Fire War

Battle through the Iconic Adventure in AQWorlds

Log in this weekend to fight against 1,000,000 waves of Fire Dragons alongside Galanoth the DragonSlayer. Team up with him and your fellow heroes to save the town of Ashenvale from Akriloth's army! 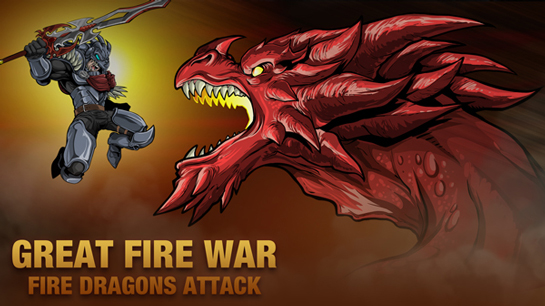 The Great Fire War is one of the most iconic battles and events in the Lorian Universe, appearing in the original AdventureQuest and DragonFable. The AQWorlds team merged both stories into a new, three-week event, and it all begins this week!