Good and Evil and Golden Battles

We've got a lot planned for this weekend, and the team is already pushing full steam ahead to get everything ready for Friday. Because of how much we've got planned for you, in this week's update we return to the Celestial Realm's Arena to take on some of the brightest bosses in the game! 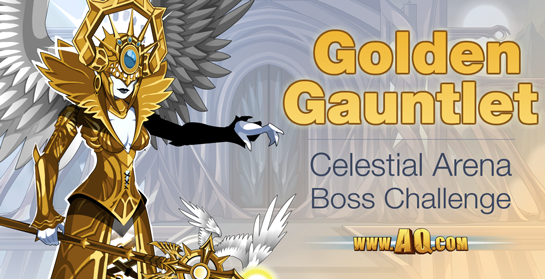 Golden Gauntlet in the Celestial Arena

This week's battles will send you to some of your favorite zones before you can blast through Aranx's shiniest bosses! Starting Friday, /join goldenArena and talk to Aranx to begin his quests: defeating original bosses to gain THEIR Champion Badges. Once you do, you can return to him to unlock the Golden Gauntlet boss versions.

Battle the golden bosses to get merge shop resources. You'll use these to collect the pieces of each boss's armor set! (The Blessed Inquisitor's gear is already available in the Celestial Arena)

Each house will also have:

Princess Victoria, Gravelyn, and the BrightScythe Gravelyn NPCs will also be added to the houses on Monday, to welcome you to your new home. See this year's Achievement Tracker update post for more details on how to claim your rewards. 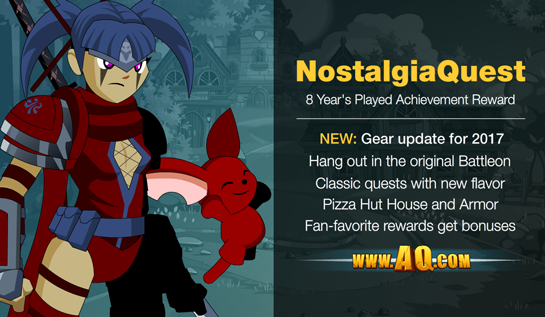 Last year's 8 Year's Played achievement was an entire zone called "NostalgiaQuest" - a place where long-time heroes could go to relive some of their fondest memories and get new versions of their favorite gear. See everything the town holds in this post.

Both the team and players from around the internet sent in ideas for the update. Here's what made the final cut:

If you choose to change your base weapon (by enchanting it or making it dual-wield) you'll also have the option to revert it back to its original form.