Friday the 13th is HERE

Voltaire, a Cursed Mirror, and the 13 LORDS OF DOOM! 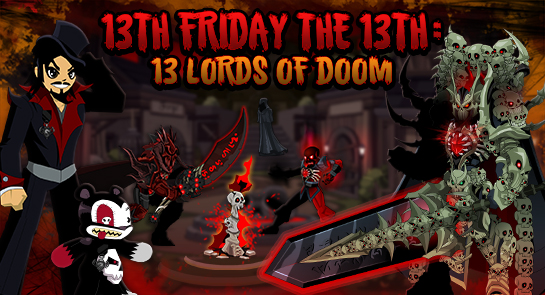 But he won’t be alone…From the darkest corners of Lore, he's reached out to gather the dark residue left by the shadows of our universe's greatest villains... now the 13 Lords of Doom have been created - born of shadows and magic - to wreak havoc and destruction.

And they will stop at NOTHING until Battleon has been reduced to cinders! But fortunately... YOU will be there to make sure they don't succeed.* And you'll have help!

Work with Voltaire and Deady to gather the fragments of the Cursed Mirror of Enutrof to dispel the shadows that linger over Lore!

Voltaire Returns for Friday the 13th!

Voltaire is the maker of music, films, books, comics, toys and... mayhem. He has appeared in almost ALL of the AQWorlds Friday the 13th events... and has become a fan-favorite for our players (not to mention beloved by goths, trekkies, and music-lovers in general). If you aren't familiar with his music or other works, you should check his site out here. 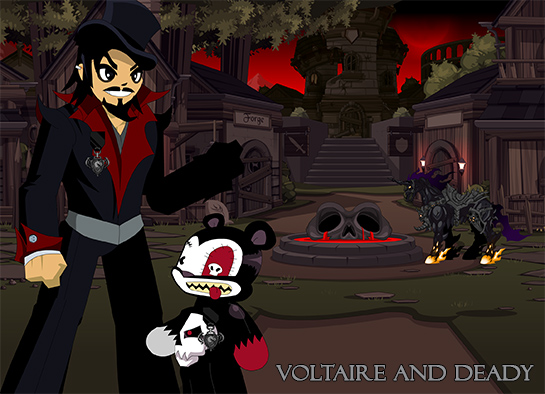 In addition to being an incredible artist, he's a downright amazing person to work with, and we're incredibly grateful for the time and energy he spent helping us with the release. On behalf of the entire AQWorlds team, we want to thank Voltaire for being a part of this special event!

He also has some pretty wicked real-life merch in his online store, too! You can show your love back to our favorite tongue-in-cheek gypsie/pirate/goth musician by buying music or swag the official Voltaire’s Website.

Starting tonight and through November 30th, you'll be able to find the spookiest, shadowiest, Friday the 13th gear EVER in your game menu! 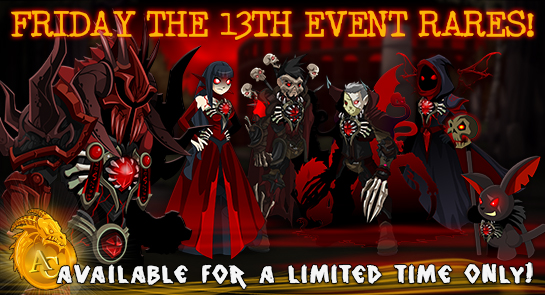 Based on the 13 Lords of Doom from the evnt's war, most of the shop gear will be available for AdventureCoins so you can store it for free forever!