Karok Returns, and he's Hunting for the Champion of ICE! 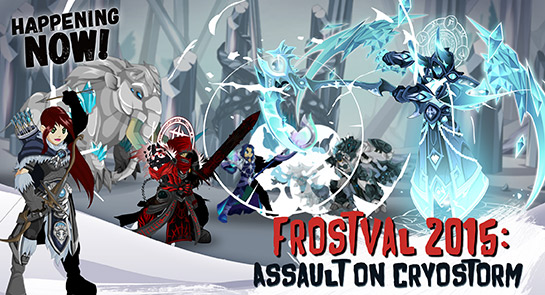 Complete the story quests to unlock the FrostSpawn Horde WAR!

Once you've helped the villagers of Cryostorm decorate for Frostval... it's time to WRECK the halls, because the Horde is invading, and they'll need your help to stop it! 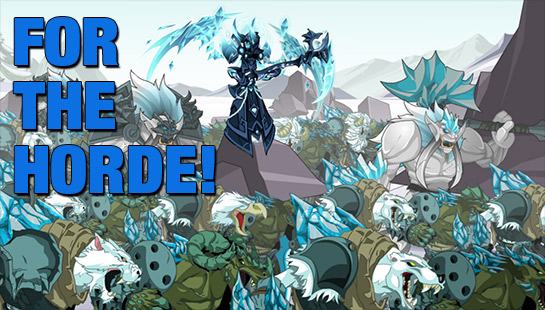 Raise the war meter in Cryowar up to 25% to unlock the 2nd cutscene, and find out just what Karok has in store for you! But beware... he has more forces hidden around Snowspire Peak - if he unleashes them, the war meter WILL rise! But once you DO get the war meter to 25%, you'll also unlock the Cryostorm Merge shop, filled with ice-cold gear! (Choices, choices!)

After completing the storyline in Cryostorm, /join CryoWar and take on the Frostspawn Horde! If you can get the war meter to 25% before Wednesday, the 2-room Moglin Hut house will be free for EVERYONE! 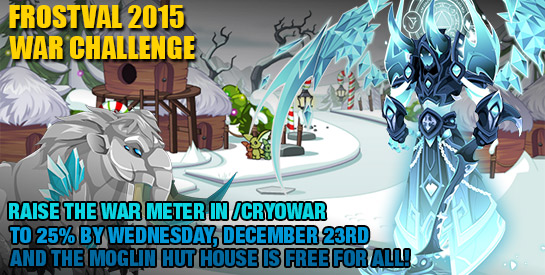 A 3 room version (armor customization room!) MAY unlock... if you defeat the second challenge! But you won't find out about that until the first one is won... or lost!

The Queen of Monsters is ALWAYS watching. And she does NOT fear the cold... OR the Frostspawn.