Song of the Frozen Heart

MERRY FROSTVAL to all!

Ice venom freezing the blood in your veins, turning your heart bitter and your soul selfish? Shards of ice erupting from your body, turning you into a chilling golem? That does NOT make for a very Merry Frostval! You'll need to find the Flame of Frostval if you're going to serve Dead Morice - an Elemental Ice Mage - the ULTIMATE burn while making sure you're friends aren't cold as corpses... forever! 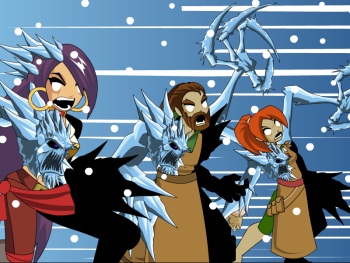 But where could such a Flame be burning if all of Lore is in the icy grasp of a coldhearted Mage? In the past, of course, as yet unkindled in the heart of a powerful child! Journey with Blizzy into a time when ShadowFall still flew, Sepulchure still plotted, and Gravelyn was the EVILLEST Undead Princess of the ShadowScythe EVER! When SHE discovers what Frostval is, YOU will find the Flame you're looking for! 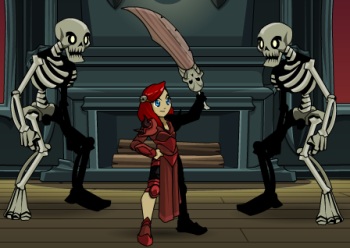 But growing up Undead (what?!), Gravelyn does not know much about warmth or joy, and she doesn't know ANYTHING about Frostval! What she DOES know is that she wants to help her Daddy, and YOU are going to assist her! Battle through an icy alpine forest aiding this imperiously Evil Princess until the time comes to introduce her to the magic of Frostval!

You'll get shivers down your spine when you see the excellent equips Quibble's stocking this time around! And this is just week one of his visit! Next week, there will be even MORE rockin' Frostval rares! 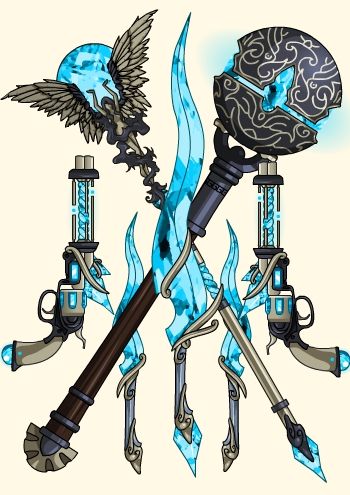 That's right, EVERY account in AQWorlds just received 200 FREE ACs for their first Frostval gift! They're great to use if you need to buy more inventory space, or just get some sweet new equips. So if you're running out of room for your rares and gear, head on over to Valencia and level up your inventory space!

If you're looking for an awesome (and EPIC) duel this Frostval, why not head over to Epic Duel's Frysteland War! They've been slowly introducing players to Delta V’s Frozen Northlands- Frysteland- and its inhabitants, the Krampus. Now, you’ll recall that the Krampus have a long tradition of Beast Riding, making them uniquely able to harness the power of the corrupted Yetis threatening Legion and Exile targets alike. If only you could get them on your side! 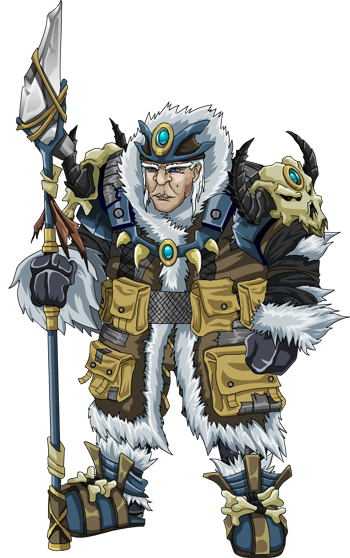 I Can Has Mod - Cysero's Turn!

The new I CAN HAS MOD contest is now running and we will be picking a winner first thing next year on January 3rd! If you don't already have it, better go get your Cysero's Golden Cheezburger from Cleric Joy in Battleon! Don't forget that every month left on your Membership and every AEXtra that you complete gives you one more chance in the drawing! Good luck!

Now open to ALL players, watch as Bloodtusk's Chaos Lord faces Drakath head on and tries to take him down! But Chaos IS Chaotic, so things do not go quite as planned. That's where YOU come in... you can't let a rogue Chaos Lord roam free, can you?

Have a great weekend and we hope you enjoy part 1 of this year's Frostval release! We're all going to go home and wrap presents, cook up delicious food for the Lab's Frostval party, and enjoy time with friends and family. See you Monday!

PS: The /samba emote should be visible to ALL players when you use it now. Get your Dance On!