So many of the devs here at the Secret Underground Lab are huge gamers, and many of us spent way too many hours questing, battling, and farming on one (or more) of the WarCraft games. In honor of the new movie released last week, Memet crafted a full set of gear to help you celebrate! 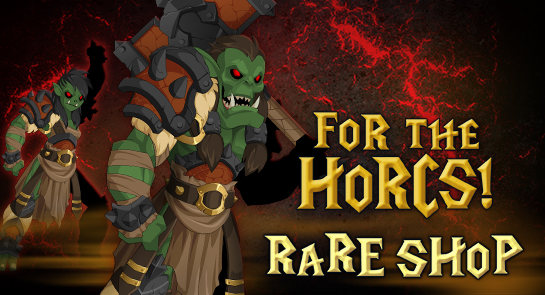 Starting tonight, find the following gear in the June Rare Gear shop in your game menu:

(Alliance fans, you haven't been forgotten... but when we went to craft your gear, we found all Memet's styluses strangely crushed into smithereens. We took that as a sign to focus on the Horc tribe this time 'round.)