The Fight Against Drakonnan Heats Up!

This weekend, log in and prepare to face off against Drakonnan, a fire mage bent on revenge! Your mission is clear: reforge the pieces of the legendary Frozen Claymore into a weapon capable of stopping him once and for all! 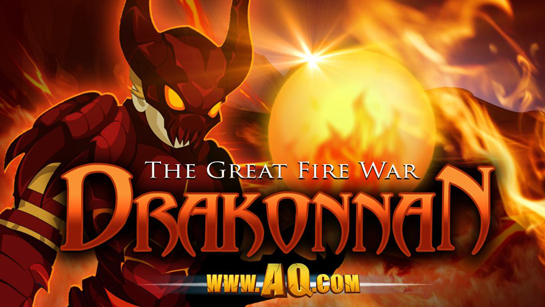 First, an army of fire dragons attacked, ravaging the lands around Ashenvale…

Then we recovered the Frozen Claymore, a legendary ice weapon powerful enough to help us in the fight against the Great Fire Dragon Akriloth....

Now only the deadliest obstacle to peace stands in our path... the dread mage Drakonnan. Wielding the Elemental Orb of Fire, he has the power to rain flaming destruction down upon us all! 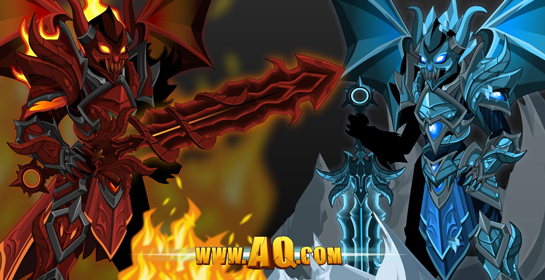 Plus, /join CharredPlains and battle Akriloth for a chance to get the 0 AC Baby FlameTongue dragon pet! This pet will only be available until Friday, June 22nd. 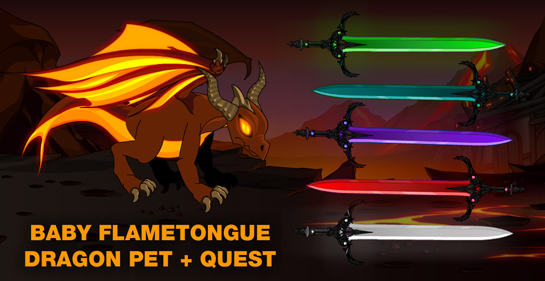 Complete this li'l guy's treasure quest for a chance to get the following sword rewards:

We know many of you have already annihilated Part 2 of the Great Fire War event. We want to make sure that heroes who still need to complete it have battle companions to fight alongside. So for all you heroes who've already slain Akriloth, we're giving you an extra-awesome reason to do your fellow heroes a favor. Help them beat the boss AND farm for your hot new reward.