Dragons and Elements in Revolt!

Fire and Air spawn flaming tornados.  Rivers of burning lava-water flow freely. The Etherstorm volcano, long inactive – merely a symbol of the Fire Dragon’s element – has erupted to life. The very stones of the earth are burning. All this you must contend with when you go to save Etherstorm Wastes from the fury of Desoloth the Final - a mighty dragon possessing the power of the four Prime Elements! 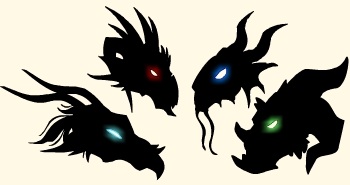 The four new Prime Dragons MUST be raised!

Can you help the Dravix Priests stop Desoloth and raise four new Prime Dragons to ascend to their places on the DragonPlane? Galanoth and Warlic will come to your aid, but YOU must be the one to execute the plan to take Desoloth down, and there's a LOT of work to do before that happens!

The Etherstorm Rep shop (located by Hs'Sakar in /firestorm) will contain some hot, hot items! But you'll also find some epic drops on the fiery monsters this week! 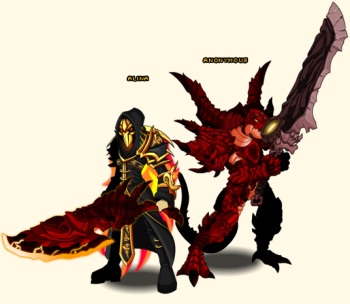 It's been a while since our last shop update, and you guys have been very vocal in your requests to introduce more suggestions into the game. And that's what we've done! Solrac has taken some epic art and re-worked it into AQW's style. 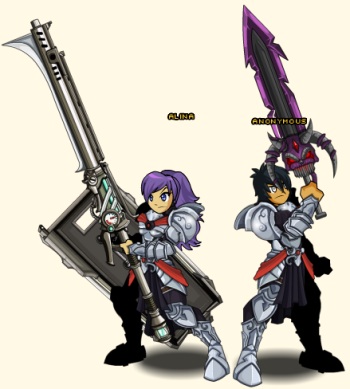 Stratos goes through the Suggestion threads once or twice a month and sends on likely art for the AQW artists to check out. If your art hasn't made it in yet, keep on showing it off, because we're always looking for more!

Frostval is always a cheerful time of year, but we've got to get back into battle-mode, because the Year of Chaos has begun! That means on Monday, the following things will leave for another year:

Beleen's NPC and the non-rare pinkified items WILL be staying, but she'll be moving to a new, random place in Lore. You'll have to find her if you want to buy what she's got to sell!

Members got another mid-week update this past Wednesday! Head to Lolosia to find a boatload of undead trouble! That Captain 00000beard really means business! If you think you can handle it without being made to walk the plank, you'll be rewarded with doubloons aplenty!

Friday the 13th is coming in ONE week!

If you haven't seen Voltaire riding a flaming black unicorn down an erupting volcano, you haven't REALLY experienced the catastrophe Friday the 13th creates! But the first unlucky event of three in 2012 will not be what you're expecting! We're breaking the mold, grinding some gears and busting some heads - and it all starts one week from today!

Have a great weekend, guys! Rest up, relax, get your chill on. You're going to need your energy, because we've got a CRAZY list of events and releases planned for 2012, and it's all starting NOW!