This Friday: Enter the Void

Long-time fans of the original AdventureQuest will recognize this strange realm and the creatures in it. This Friday, May 19th, talk to Dewlok in Darkovia to enter the Void and take on challenge monsters from our world and beyond - like the Xyfrag, the Reaper, Nightbane, and more!

As long-time players of our games know - when you enter the Void, you never know exactly WHAT you'll be facing!* Talk to The Reaper, walk to the right, and you'll be instantly transported to a battle facing a creature anywhere from levels 15 - 85.* 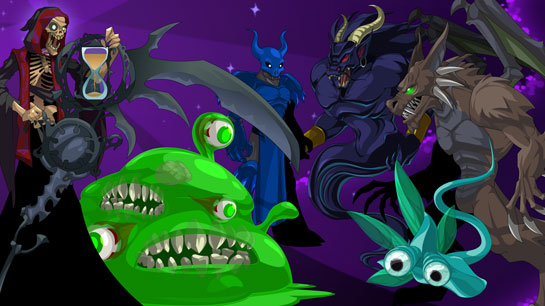 We're also introducing some classic baddies straight from the original AdventureQuest, including:

And if you battle through this week's release on the PTR servers, you'll fight versions of them with unique challenge monster skills! (They will appear as normal monsters on the regular servers.) Find a list of the boss monster skills in this Design Notes post. 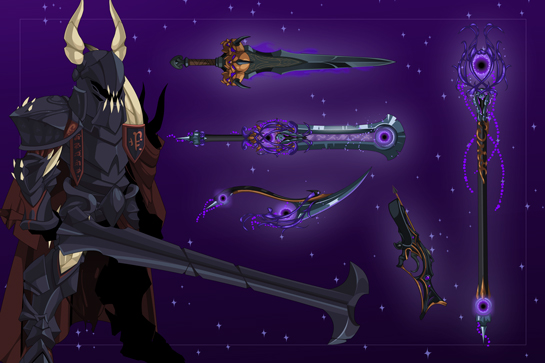 All of the monsters in /thevoid drop the resources to craft the Void Knight armor set ,Dewlok the Koofu Rider pet, and the Reaper's Scythe. You'll also have a chance to get regular and high-level reward drops:

* You cannot control your path through the Void... it is too random. BUT if you talk to the Reaper, he will send you straight to a battle... against HIM!

Talk to LoreMaster Maya in Battleontown to begin crafting your new library! ALL loremasters need a place to store their tomes and scrolls, and the best, most skilled hero-librarians are able to fill a university! 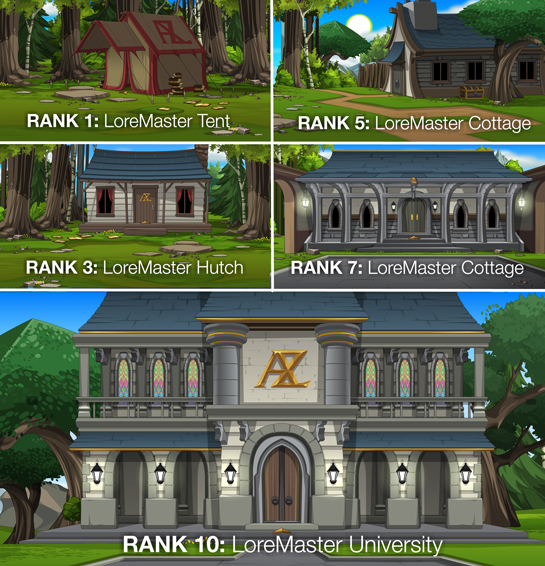 Level up your Loremaster rep to unlock new houses, then battle the monsters in Greenguard to get the resources you'll need to build them. In addition to building materials, each house will require the following:

Now that we're able to give you guys some battles to sink your teeth into with the unique challenge monster skills... it's time to raise the level cap! It's been about 2 years since the last multi-level cap raise, so it we're adding 20 more levels, taking the cap from level 65 to 85!

This weekend, find enhancements for levels 66 - 85 in the level 50+ enhancement shops in your game menu! Then, in the very near future, we will add in the Awe enhancements and update both the Honor Hall battle arena and /shadowrealmb to give you even more places to farm!