If you were not aware, you can now go to ARTIX.COM and pre-registern your character name for our next big game which is now called AQ3D! 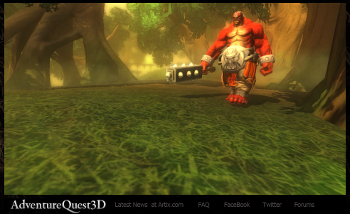 You need a few things if you want to grab YOUR character name before anyone else!

Note that the intro fly-through is done in the game engine and what you're looking at will be very close to what the game itself looks like when it's ready for launch! 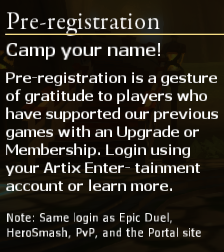 Before I say anything else about this class, I'd like to mention that THIS IS NOT the Dracomancer Class from AQ Classic. If that's what you're expecting, look elsewhere.

AQW is a different game with different art and different artists. Sometimes (like with the Battle Tested Axe Master armor) we strive to get as close as we can to the original but this is NOT one of those times.

We've done a few new things with and for this class.

First, you are able to click on the HEAD, FOREARMS and CHEST STRAPS of the class and each will set on a transformation bringing you closer and closer to dragonkind. 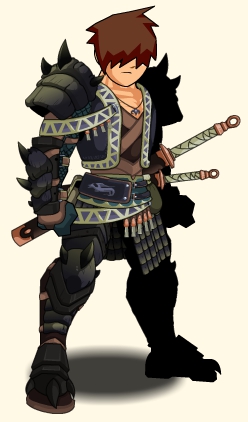 Next, we added some special skill animations for this class. The coolest of which is the fire breath animation!

A Dracomancer is a caster class, built on the mage mana regen which regains mana based on hits and crits and varied depending on your current HP. Like most caster classes you will want to load up on WIZARD Enhancements to get the most bang for your gold.

This class is REALLY straightforward. It is designed to be a solo class, with good survivability and a LOT of damage potential but no self-heal at all. But that's what potions are for.

Breathes fire on your target causing moderate and applying the DragonBurn state to them for Damage Over Time. 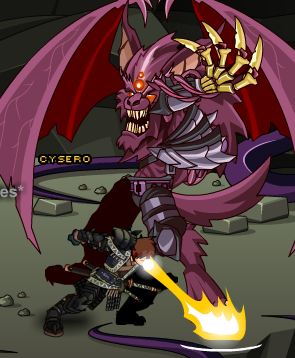 Yup, that's me puking a fountain of flame onto Wolfwing in testing. The animation makes this really fun to use but it's a pretty basic attack. Initial blast of flame causes moderate damage, DoT causes more. VERY short cooldown.

Summon the Water Prime's power and hit your foe with a crushing jet of water which has a slight chance to stun your target. 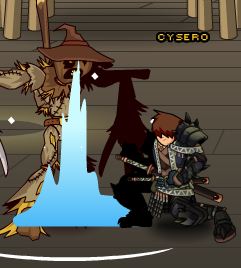 This is another fairly basic attack with a new animation. It does half again as much damage as the last power with a slightly longer cooldown and has a chance to stun your target. Since it's not something you can count on, it's more of a nice bonus when it does happen.

Gathers mana from nearby ley lines and increases your damage resistance by 70% for 6 seconds.

This is where things get interesting. Notice that the mana cost is not 30 mana, it's -30 mana. You RECEIEVE mana for using this skill. It doesn't do any damage at all but it provides 75% Damage reduction! Dragon's scales are the stuff of legend. They are able to withstand the worst punishment imaginable and for 6 seconds... so can you.

You will want to use this a LOT. There's no reason not to. It feeds you mana and makes you touch as nails! If you spam it every 12 seconds, then half the time you're fighting, you are only taking a quarter damage, even if you're stunned or petrified.

Very fitting passives here. You get a passive INT buff which means more damage for you AND you can dish it out faster.

You gain the speed of a flying dragon, causing moderate damage to your target. This power also DOUBLES your attack speed and cuts all mana costs in half for 8 seconds.

Another decent damage ability, but the buff is really what you want here. By doubling your haste and halving your mana cost, you are attacking at 2x speed but still using the same mana as you would if you were attacking normally. It's a little costly but this is one class where mana management is NOT a problem.

This class we DESIGNED so that at rank 10, you CAN click all the powers as fast as they pop. In fact, you SHOULD. With no heals, your only recourse is powering through enemies as fast as you can. I even recommend using the number keys instead of clicking the powers.

Rarely, you get in touch with the united power of Desoloth and ALL of your attacks are crits for a short time.

You can't embrace the Primals without accepting that Desoloth is also an elemental dragon. You get in touch with the source of his nearly limitless power and EVERYTHING you do for a short time is a critical success.

Let's look at the entire class, as a whole. No heals, great defenses and AMAZING potential for carnage. This class requires no finesse AT ALL. You don't need to watch your life unless you have potions to heal you. You don't need to watch your mana unless you are just amazingly bad at this class. There are no multis to concern you with when you should use a certain power.

Tomorrow you will be able to get this class from any of the Dravix Priests in Etherstorm in the Etherstorm Rep Shop or you can get it from Itzachi (along with the Member Only Skyguard Grenadier) in Battleon for 2000 ACs.

Tomorrow also marks the start of the Etherstorm War against (or for) Desoloth, the arrival of the Australia Day NPC and items wished for by the last ICHM winner and Dage The Evil's Birthday with lots of Dage-made goodies.

295 days until Just Another Day