Our Real-Life Ninja moves on to the next stage

Way to go Drew! Clearing stage one with the first-ever backflip off of the warped wall obstacle, Drew completed course #1. You can tweet him a "Way to go #RealLifeNinja" on his Twitter @RealLifeNinja_ . He will now be moving on to the South Eastern regional finals were we will watching to cheer him on! By the way... did you see me holding the purple sign? (I was tiny, but I was there!) 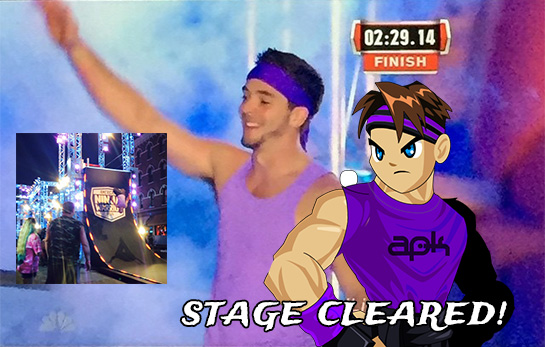 Another good friend, Reko, also completed stage one and is moving on! I was dissapointed that they did not show his full run (they showed a super short version)... especially considering that he breathed fire at his entrance, and had the most interesting ninja outfit of the entire episode. In addition to being the guy that choreographed my combat wedding, Reko taught me how to jump (remember the wall video) and is the first ever guest of the secret underground lab to climb up the west side of the building and knock on the window instead of using the front door. (Lots of things break when these ninja guys are around.) 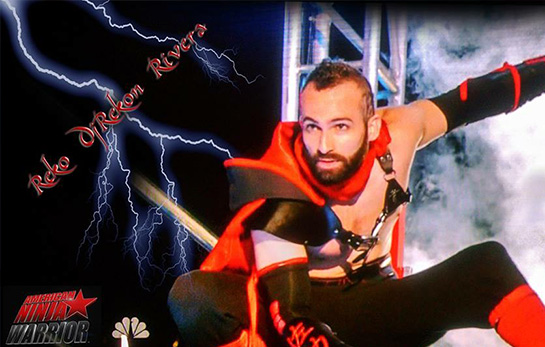