The Queen of Monsters' Saga Continues in Dreadfire!

This month, journey to Dreadfire Keep, where the Queen of Monsters’ infernal allies have made camp - a base from which to continue their invasion of Lore! 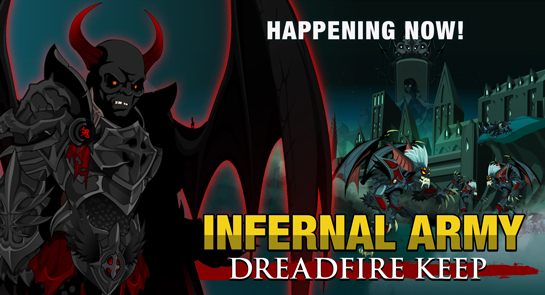 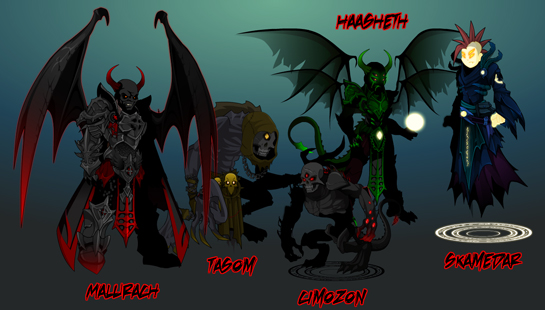 Some of you may remember the mysterious shop vendor in Dreadrock city (a home for dark and villainous heroes of all kinds) selling what appears to be Infernal Army gear. Good eye! If you talk to him again, he'll explain that he found that gear left by some pretty shady characters as they scouted the city... but left their gear behind.

Now, you'll get to meet the creators of that gear as you battle through the Infernal Army's home. And the gold you spend on it will go to fund their dark and deadly campaigns. 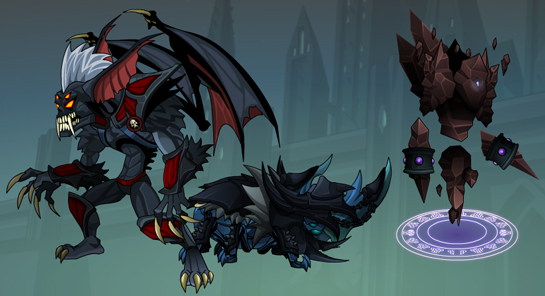 Talk to Skamedar in DreadFire Keep to choose from one of six new hairstyles! 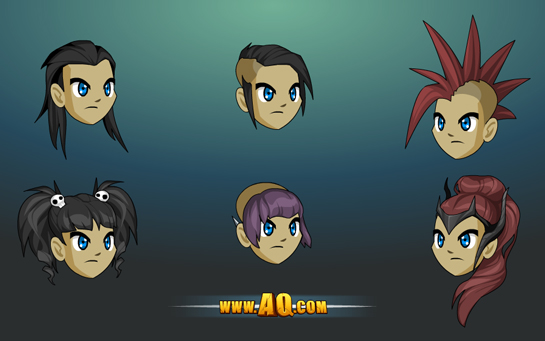 And, if you dare, convince Tasom that YOU are the perfect guardian for one of... its (we can't really tell WHAT gender Tasom is)... new pets.

Fans of OverSoul may recognize the monsters above - these three snuck into OUR world from the lands of the OverSoul the last time we opened a portal there. Captured by the Infernal Army, these luckless creatures have been trapped in the Dreadfire dungeons to await tasty HeroSnacks!

Do YOU want to join the Infernal Army?

Make no mistake about it, the Infernal invaders are the BAD guys -- these are your enemies. But sometimes, you've got to make nice with your opponents in order to gain their trust and learn their secrets. If you're up for going undercover and... bending the truth of your allegiance... you'll have the option of ranking up an additional Dreadfire reputation: Dreadfire Militia. Starting this Friday, talk to Malurach in Dreadfire Keep!