Battle to Save the Lycans and Vampires!

This Friday, return to the forests of Darkovia as this army of Infernal invaders threatens to destroy every living (and undead!) creature that roams the darkness! 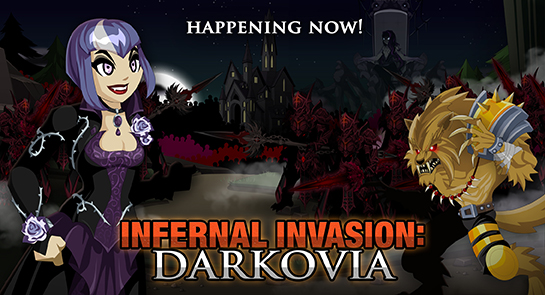 * That's right, when we say we're returning to Darkovia, we're REALLY going home! But it's not the home we know and love - the Infernal Invaders have really done a number on the homelands of the Lycans and Vampires... and it's time to call them to account for it!

There are a couple important things to remember about the Infernal Invasion Saga:

Take Back the Night... and your sweet loot!

All of this weekend's gear (including BOTH armors in Axeros' Umbral Fiend sets) will drop from the monsters in the Infernal Invasion release! 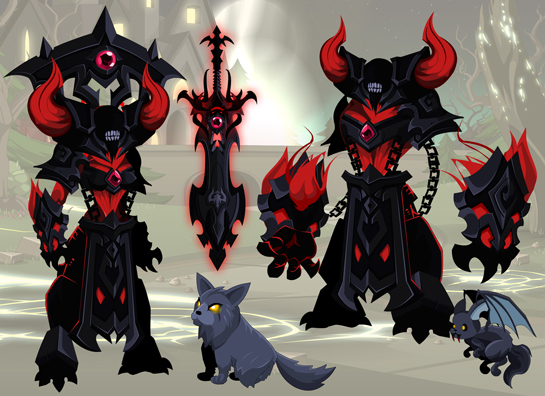 ** Huge /cheers for Memet, our new weekly release writer! Fun fact: all of AQW's writers have gone through an unofficial (mostly coincidental) "Artix Saga Bootcamp," where they work alongside him on one of his big sagas.

After slaying it with Artix on the Throne of Darkness Saga, she is primed and pumped to take on her next challenge -- retooling and evolving the Queen of Monsters Saga!

We are veering away sharply from the "too predictable" chapters of the first telling. Now, we want to bring in influences like HP Lovecraft, H.R. Giger, and the ever-impactful GRR Martin!***

*** What is it about creative people and using initials instead of names?! O_O