Dage's birthday isn't until Sunday, but we've decided to start celebrating early, and that means plenty of evil gear for heroes of every alignment! Log into Battleon this weekend and talk to Dage to open his Birthday Shop. 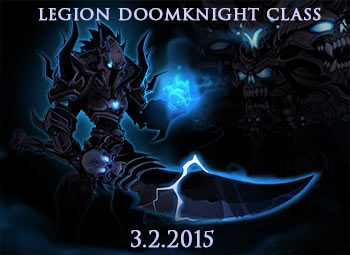 Available this Friday in the AC Rares shop:

Additional gear, including the Legion DoomKnight Class, will be added to Dage's birthday shop on Monday, March 2nd.

* These are the first in-game backgrounds Dage has ever created - dark, deadly, and definitely the go-go home if you roll an Evil character.

Even DoomKnights have been known to swear, or been forced into, service to Dage the Evil. The humanity they once possessed has been wholly given over to Dage's Darkness and Doom itself. 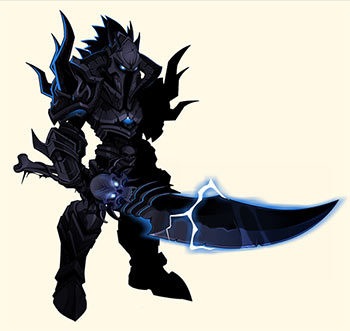 The Legion Doomknight Class will release on Monday, March 2nd, and is a single-target hybrid. You'll want to use Strength or Int with this. In order of importance, stats are: 1)str, int 2)end, dex 3)wis 4)luck.

With good survivability and reliable damage output, the class will be good for PvE. It has consistent, relentless damage as opposed to large spike damage crits. You won't be doing extra damage to other enemies with the way it is configured, you'll be doing bonus damage to your target, and receiving less damage from the target(but dealing and taking normal damage from other targets).

If you like going head to head against other players, you're in luck! This Class can stop your opponents from healing, and has a nice amount of chance to hit bonuses. It can also heal itself, which comes in handy during longer battles, and can get opponents from a distance.

The skills below are not final, but we are getting SO many questions that we're releasing this preview early. (I am so glad you're all so excited!) Class designers are finalizing the numbers before testers start running them for balance. Entire skills may change before release based on what they find.

Soulsplit: You assault your opponent's soul directly, taking some of their power to strengthen yourself and their life force to heal yourself.

Shadow Step:  Immerse yourself in the Darkness of the Legion and Doom. Use the shadows to strike at your opponent unexpectedly, doing moderate magic damage. Applies Torment for 4 seconds.

How to Get the Legion DoomKnight Class

There will be three ways to get the Legion DoomKnight Class (armor and accessories sold separately):

Note: The original Sepulchure's DoomKnight Armor is not required to get the Legion DoomKnight Class.

** If you are one of the only 1,004 heroes who has the armor, give yourself a pat on the back! SDKA will get a stat boost similar to Blinding Light of Destiny's this Friday!