Battle your hardest, Hero, because it ALL depends on you... and if you fall, so does Lore! Things have been too quiet for Drakath, Champion of Chaos, so he's loosed his Chaos minions across Lore with instructions to destroy - or save - as many townspeople as possible. If you CAN defeat his High Chaos Knight, you will receive a Chaotic reward which may save your life... and the world!

Talk to King Alteon or Empress Gravelyn when you /join chaoswar to watch the opening cutscene (click the Drakath Attacks?! button) and see just what Drakath and the Twinions (twin minions, right?) are up to this time!

Chaos plays with your mind; don't trust what you see! Except in this case, because the war IS different! You have the regular war meter and then a PERSONAL war meter! For every 50 monsters you kill, you defeat 1 war wave. Each wave you defeat raises the top war meter. 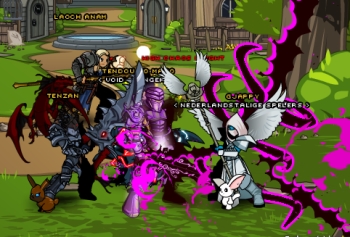 Buying the Medallion of Order from the Lore's Defender shop for 500 ACs means that you will only need to kill 25 monsters to complete a wave! The Chaos Destroyer shop unlocks once you've hit 100% on your personal war meter!

Big fan of Chaos? Not a fan of Chaos at all? Then we've got the loot for you! Battle through the waves of the Cross-Lore Chaos War (/join chaoswar) to access the following shops!

Note: ALL of the war content except for the rares items in the Lore's Defender shop will stay in-game permanenty! 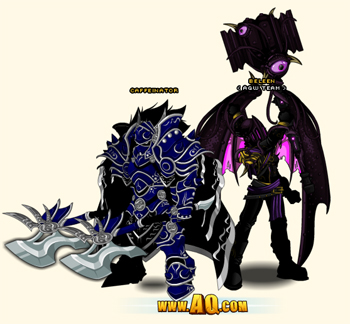 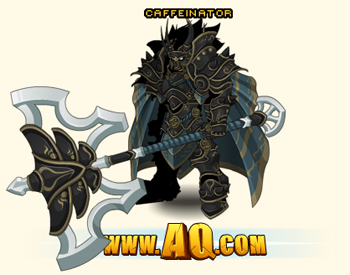 The Chaorrupter Blade is a very special weapon. Drakath's gift to Lore's greatest Hero... you! When you equip it, you will do MORE DAMAGE against all Chaos monsters... including Chaos Lords. (Who would have expected that from the Champion of Chaos?!) 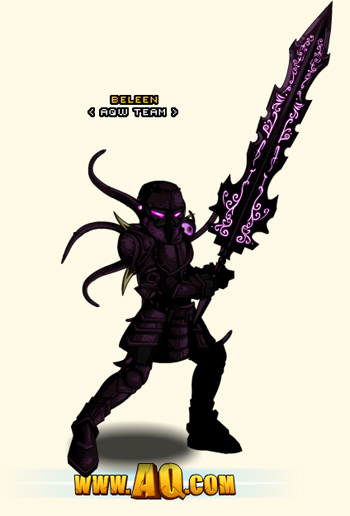 This blade WILL change form as the final Chaos battle nears.

You can buy an AC or Member version of the Chaorrupter Locked blade from the Lore's Defender shop to use during the war, OR you can get it as a non-member, gold drop off of the boss monster at the end. The AC and Member versions of the blade do double the damage the non-member version does! 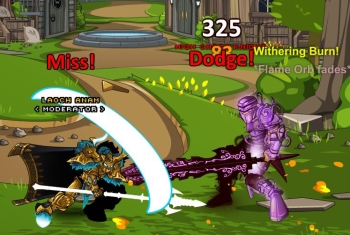 Battle Chaos in the Golden Fury armor when you buy a 12 month upgrade!

You WILL want to keep this weapon, because when it comes time to face Drakath at the end of the Chaos Saga, having this weapon equipped WILL affect your battle. (Drakath's attacks will change based on whether or not you have it equipped... and the blade's increased damage against Chaos WILL trigger on him!)