You can log in and play through the first release in the Celesetial Realm RIGHT NOW when you /join celestialrealm! The three Celestial Avatars of Time, Death, and Life are missing. A portal to the Infernal Realm (two realms to the left of the Underworld) has been opened by Chamat, the Queen of Monsters’ talented Lieutenant. Infernal creatures are flooding into the Celestial Realm, and Aranx needs YOUR help to drive the dark beasts out and discover where the Avatars have gone -- if his world falls… Lore will be next! 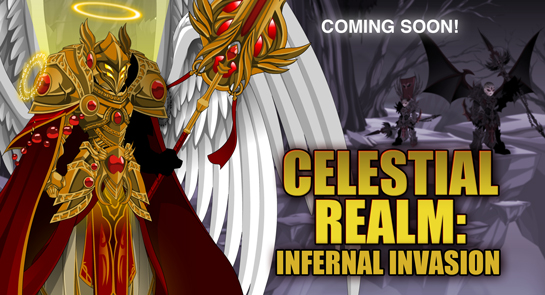 Hey... What About an Evolved LightCaster Class?!

We discussed this a great deal, and we DO want to make a class like this, but not until after the server rewrite. Once that is done, we'll be able to introduce new, VERY cool abilities -- and that's something a class like this SHOULD have.