Heyo. I’m Aster. I’m not that guy who did the last couple classes, and neither is Zereldo, the other guy who has been given the privilege of designing classes. I’ll spare you my life story and jump right into what you came here to read: The BeastMaster Class Breakdown! The breakdown that gets its own Lorepedia page will have more specific information. It’ll have things like the Recommended Allies section and… Numbers.. And.. A bunch of percent symbols.. Anyway, breakdown time! 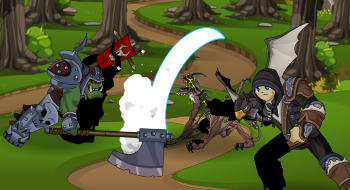 With all the monsters in this world you would think that someone would go out of their way to tame them and make them into something other than a nuisance. Well, someone did! Faith the BeastMaster will soon arrive in the town of Battleon. She’ll be your tutor. Very soon you’ll learn the benefits of commanding your very own beasts as you fight alongside them during battle.

Want to find out how to get it? Talk to Faith in Battleon. Get up to Rank 10 BeastMaster rep OR buy it for 2000 ACs. As long as you're a Legend. Can't get this Class without being one. 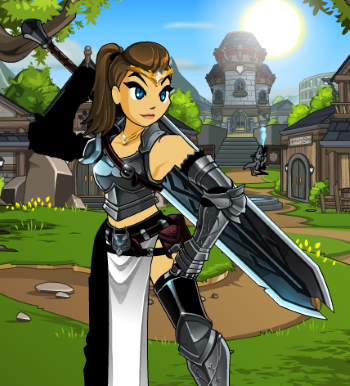 The Beastmaster can call upon any manner of creature to fight by their side. How? I dunno, Animals just like them. They use their skills in animal communication and improvise strategies to defeat their enemies. Auto AttackRank Needed: 0
Mana Cost: 0 Mana
Cooldown: 1.5 Seconds
Type: Physical
Description: You and your chosen beast fight as a duo, and attack swiftly together.

As a Beastmaster, you’ve studied fighting alongside a companion. This means you don’t get quite as much practice in normally, but you can alternate and randomize your rapid attack to disorient the enemy.Fetch PotionRank Needed: 2
Mana Cost: 28 Mana
Cooldown: 20 Seconds
Type: Magical
Description: Sensing that you are in danger, your companion has brought you a health potion. Where do they find these? Well it’s yours now, so use it wisely! 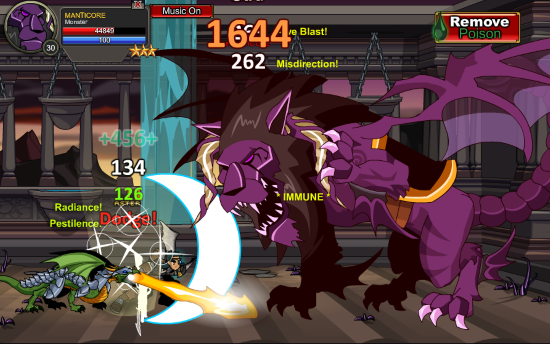 You know how sometimes a pet will get into something it shouldn’t or bring you a gift you REALLY wish it hadn’t? Well, it turns out your beast is smarter than the average pet, and knows where someone’s stash of potions is hidden. That’s a way better present than a smaller, less-living animal! The heal is moderate and has a heal over time attached. You can use this move to summon a battle companion to your side, if you don’t already have one equipped.
(Fun fact: this wasn’t originally a pet summoning spell because the class is for Legends only. Then I realized that if we didn’t have a skill to summon a battlepet, we’d be forcing people to use a regular inventory slot to carry a battlepet around! That wouldn’t be very nice.)

GO FOR THE EYES
Rank Needed: 1
Mana Cost: 20 Mana
Cooldown: 6 Seconds
Type: Physical
Description: You command your beast to attack the source of your enemy’s vision, even if they have no eyes. Clinging to them and attacking is quite the distraction on it’s own!

There is a technique passed down from generations of heroes and their familiars.. A tactic that has become a staple of all underdogs.. A called shot to the eyes! This is an additional strike for extra damage that will lower your enemy’s hit chance and cause a DoT.MisdirectionRank Needed: 3
Mana Cost: 22 Mana
Cooldown: 12 Seconds
Type: Physical
Description: Command your Animal Companion to distract your opponent by attacking it from a different angle. This opens up weak points and keeps the enemy busy!

This is another extra attack. if it lands, you will distract your enemy, lowering their haste. There’s a small chance that the attack will land where your opponent least expects it, stunning them!WHO’S A GOOD BEASTIE?Rank needed: 4Type: Passive
Description: Increase haste 10%

A few words about your newly domesticated beast: They like praise! Praise them! Don’t be afraid to baby-talk them, either. I don’t know why they like that. That’s weird. 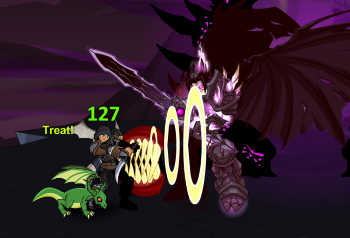 You’ve had a carnivorous pet before, haven’t you? The Bacon scent wafting from your now heavily confused and greasy enemy motivates both you and your beast to fight harder and faster while causing the poor bacon’d fool a lot of difficulty when trying to avoid you both. This skill is costly, but in testing, I’ve seen that we’re able to loop the skill.

So that’s what you should expect from a BeastMaster. The skills are a tiny bit costly, but your attacks HURT and your mana regeneration is like a spellcaster’s. You’re  pretty okay support with your ability to cut hit chance and haste, and the dodge debuff from Treat is massive AND unavoidable. This class went through a number of changes both big and small, but we’ve reached a stage where most of the testers who have it enjoy using it. I’d mention what class I’ll be designing next, but I’d probably wake up with some missing parts if I did that. Please enjoy.