This weekend, join special guest stars Aurelio Voltaire, Kimberly from One-Eyed Doll, the AQW team, and tens of thousands of your fellow heroes as we battle to escape Count Maxius’ castle in a 5-part boss fight… to the UNDEATH! Our AE 15th Anniversary + AQW 9th Birthday + Mogloween triple event continues Friday in… the Red Dawn Gauntlet! 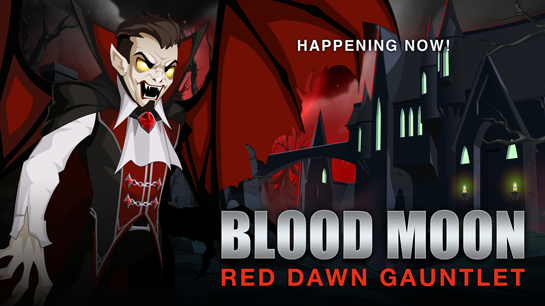 Make sure you've finished last week's release in /bloodmoon, because the companions you rescue there hold the key to helping you survive this week's multi-stage boss battle! Each holds an item that will prove vital to defeating Count Maxius and his minions... 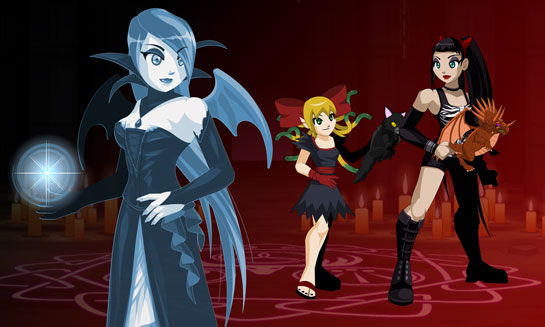 Each of the bosses in this week's release drops one or more pieces of our featured player suggestion gear... crafted by two of Lore's finest hero-smiths: Nakana Rei and Evan! 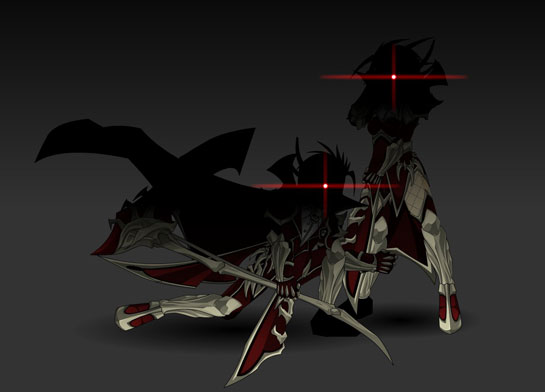 Each of these talented artists has battled through Lore for years, and we're excited to include their contributions in this week's release - as 0 AC farming gear, all you heroes willing to fight for your rewards have a chance to get these epicly dark and deadly gear!