The next chapter of the Throne of Darkness begins with... WAR!

When a black hole sun appears over Battleon, it’s a sign that things are about to get… TWISTED! And inverted. And very, very BAD… As we gear up to begin telling Sekt's tale of the 4th Dimensional Pyramid, you'll need to get down and DARK as our world is threatened by creatures spawned from the heart of a black hole sun! 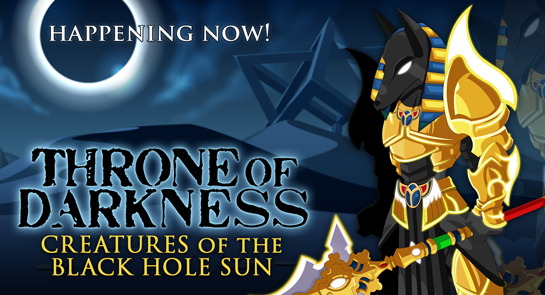 Battle to Raise the War Meter

How to fight in an AQWorlds war: 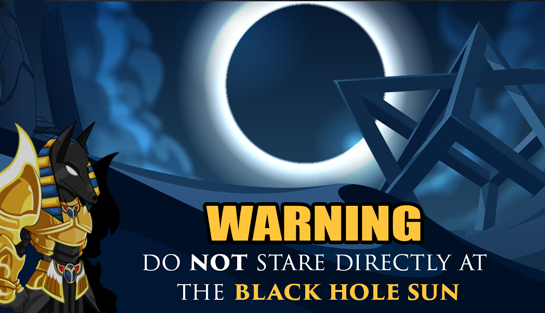 Get the war meter to the following percents to unlock new content!