Battle for the Darkovian Vampire Throne

The time has come to choose a successor for Queen Safiria, ruler of Darkovia's vampires.* After this summer's war, a different type of chaos reigns among the vampires of Lore, and the lycans of Darkovia are starting to probe for weaknesses. 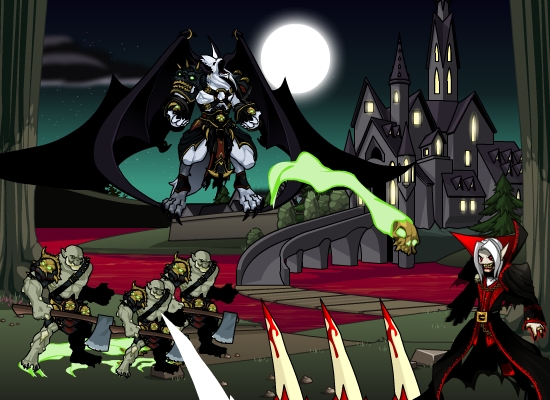 Of the surviving Vampire Elders, several have come forth to claim the throne… as well as a half-breed new-comer who has no right, but strength, speed, skill, and POWER! This Friday, fight for the Vampire YOU want to take the Vampire Throne; your support will make the difference between ruling… and being banished back to the shadows of obscurity.

* It is best when rulers can choose a successor before they must leave the throne. For those of you who have not finished the Chaos Saga finale, spoilers will be kept to a minimum.

Vote with your blades

You have 4 contenders to choose from:

One of these four has... plans... for Edvard and Esmee. Regrettably, I am not sure they'll last out the week in Darkovia. 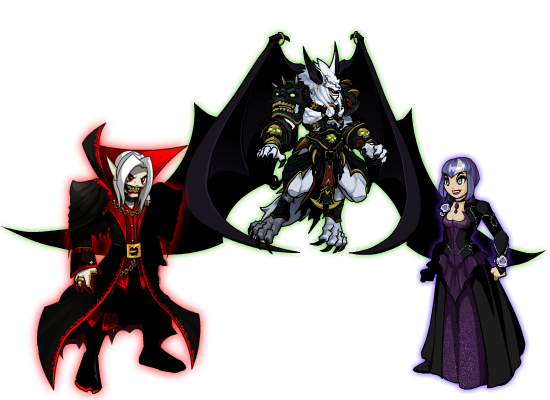 This week's release will not be a regular war, where you see a war meter increase as you defeat opponents. Instead, you will:

Speed, skulls, and wicked wheels - these were the inspiration for Dage's Death Rider armor set! Cruise through Lore battling from the back of a bike... then pull into Yulgar's to chat with the rest of your gang. Find his shop in the Game Menu this Friday, available until October 24th! 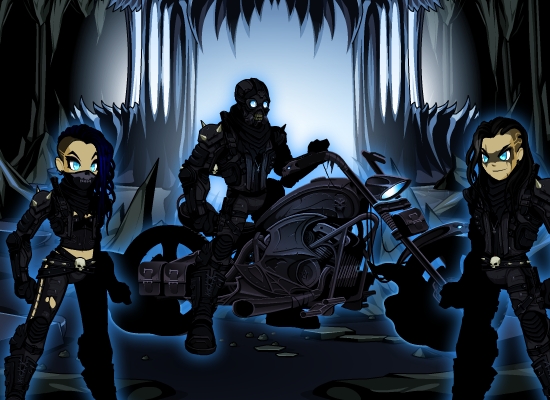 Dage has created a HUGE number of helms... some of which will be Legion exclusives! The Death Stalker (not the bike version) will also be available for Legion Tokens as well as other currencies.

We've got a lot more going on in AQWorlds, including:

The permanent version of this summer's Chaos Saga finale is in live-testing. Help us polish the event for all our future heroes by heading to Mount DoomSkull, then reporting back any issues you find on our Bug Tracker.

If you did not finish the Chaos Saga finale before this weekend, you will need to start the event over. That will ensure you do not experience any progression issues through the storyline.

Talk to Artix in /Northpointe later today to find NEW gear, including Gravefang's wings and the Undead Paladinslayer armor! 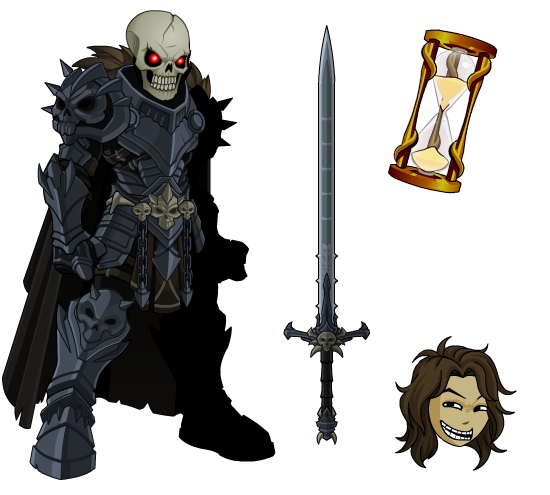 Starting this Friday, the month of birthday gifts will continue with a free 200 AdventureCoins! To get the gift, you'll need to:

Thank you all for battling alongside us as we build AQWorlds each week!