Battle through the Throne of Darkness Saga Finale!

AdventureQuest Worlds first launched back in October of 2008, and for the last EIGHT YEARS we have battled alongside you - our heroes - as we create and release weekly storyline updates with new bosses, battles, and LOTS of reward gear! This weekend, help us celebrate AQWorlds' 8th birthday as you fight your way through the Mysterious Dungeon towards... the truth about your next greatest, deadliest enemy! 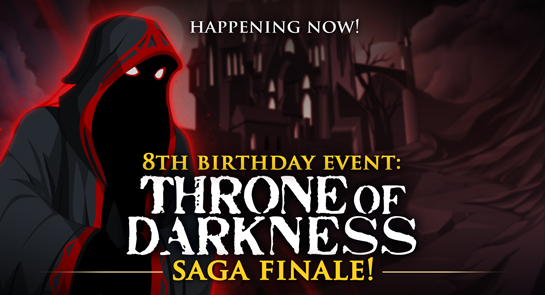 7 of the world's deadlest villains were summoned to a Dark Throne to tell their tales of battling you, Lore's Hero.

Now, after hearing their stories, the Mysterious Stranger stands before them, ready to reveal its true purpose, and what the future will hold for these Villains of Darkness… IF they choose to join its mission.

They MUST answer because...

The monsters are moving...

The Darkness is stirring...

The shadows are whispering...

The time to decide is NOW!

It's not a party without goody bags and presents! Our team members have worked their tablet stylus' to the nubs to bring you some of the coolest, darkest birthday gear ever! 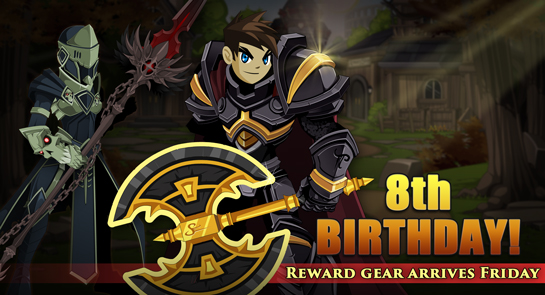 The 2016 Birthday CLASS is here! Help Artix celebrate the finale of his 6-month long Throne of Darkness Saga by questing to become an ArchPaladin! (Or buy the 2000 AdventureCoin version if you don't want to wait!) Talk to Artix in the /darkthronehub map for more information! 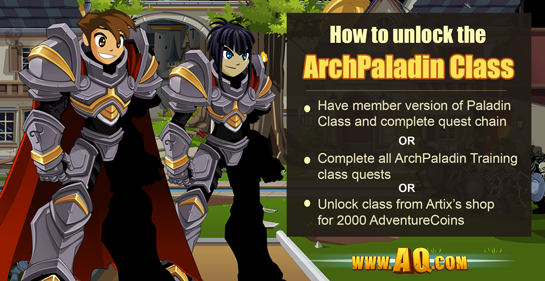 Though the Throne of Darkness Saga is coming to a close... it has not gotten REALLY Dark! But that will all change once you watch the final cutscene in the Saga Finale! 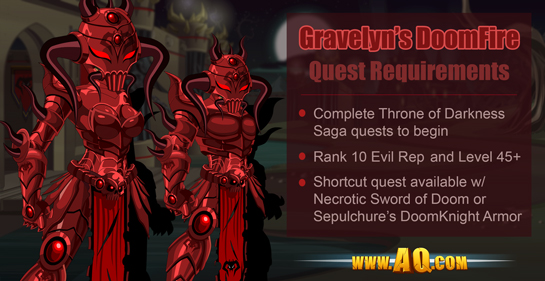 Darkness. Is. Coming.... and that's why Empress Gravelyn has gotten involved. As the world faces an onslaught of Infernal Invaders, she prepares to fight BACK! Because if there's one thing Gravelyn knows, it's how to command the darkest forces on Lore! (With FIRE!!!!)

Talk to Gravelyn in the /darkthronehub AFTER you complete the Mysterious Dungeon event to begin her quest chain! 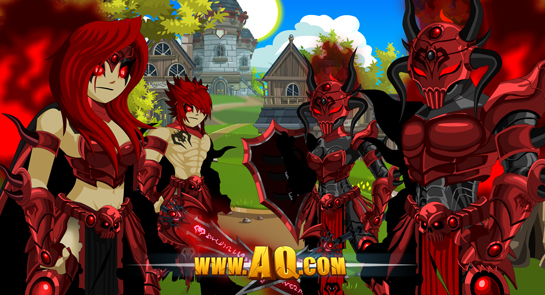 Each year, we add NEW achievements for those loyal heroes who've battled alongside us. This year's rewards are:

The first two achievements are live NOW! I am working on finishing the NostalgiaQuest zone this coming week. Read on to see what is included in each of these achievements!

Unlock the 8 items in the DoomFire Warrior set plus bonuses after you've purchased 400,000 AdventureCoins! 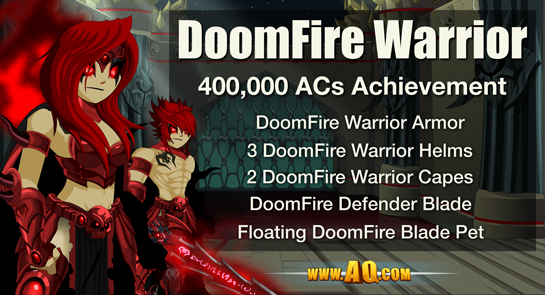 Unlock the 8 items in the DoomFire Guard set plus bonuses once you have been a member for 7 years! 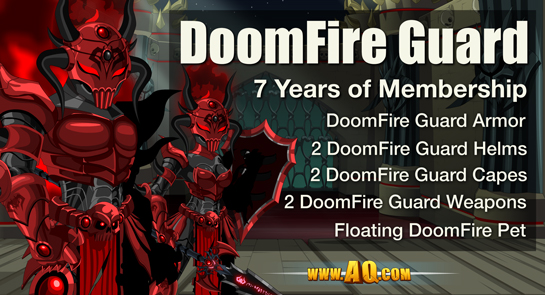 Unlock an exclusive map featuring the original Battleon design, classic quests with new flavor (and rewards!), the Pizza Hut House and armor, plus some of the first rewards ever introduced, but with more bonuses! 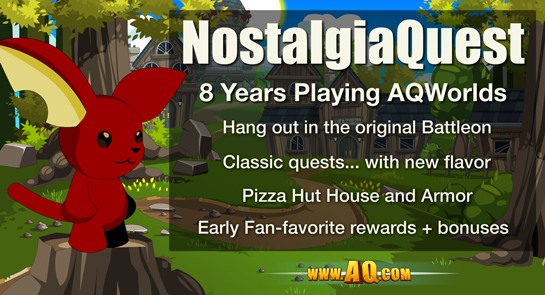 For those of you just experiencing your first Achievement Tracker Update, you're probably wondering...

Read here for more information about this year's rewards and why/how we choose them.