Because this past weekend was a holiday in the US (so people had less time to farm) and because we really DO want to make you guys happy when we can, we're extending the removal date of the war content until tomorrow night!

We did announce that the war content would leave on September 4th, and many of you set farming schedules around that. But sometimes real life interferes with what people plan, like life, school, and holiday time with family.

For those of you who do not want us to extend it, we hope you can understand your fellow players' desire to have one extra day to get what they want. And you guys who couldn't farm/buy ACs in time to meet today's deadline, we hope the extra 24 hour extension will help! 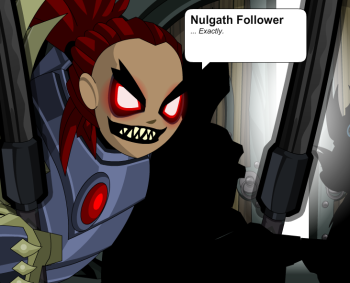 Both the Legacy of Nulgath and Paragon sets will also go rare on September 21st.

MAN did we have a great time! We saw so many new faces and got to hang out with many returning friends! The AE panel was incredible... and so were the secret, random midnight panels!

We had lots of fun and returned with lots of sweet swag, but more importantly, we brought back LOTS of new ideas! Look for Artix and Cysero's Dragon*Con Wrap-up Design Notes on Artix.com later today (or tomorrow if the ConRots hits too hard)!

We always release a Naval Commander and Pirate Captain armor for Talk Like a Pirate Day on September 19th, 2012, and this year's theme is... Chaos! (After all, it IS the Year of Chaos!) We will have a Chaos Naval Commander, but haven't yet decided on what the Pirate Captain's theme should be. What would YOU like to see?

AQWorlds: It Takes a Team to Make the Game!

You all see Cysero, Artix, and I post Design Notes, and maybe 1 or 2 more names that pop up frequently on Twitter. But it takes MANY more people to keep AQWorlds up and running every week, and not all of them get the recognition they deserve. 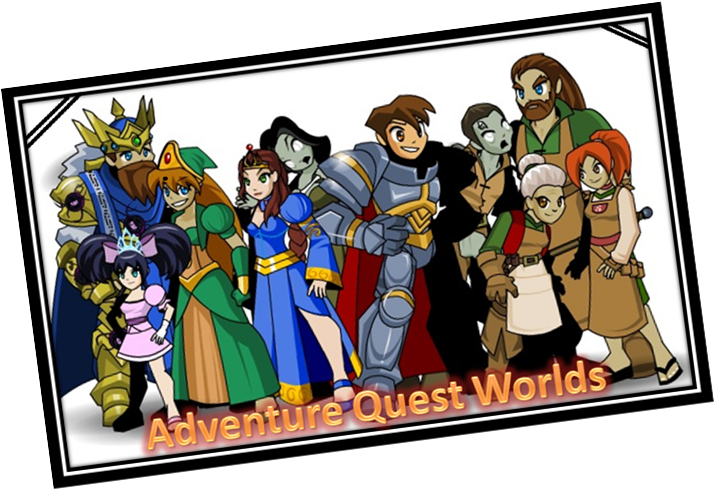 So, in no particular order, I'd like to list for you all of the incredible team members who work so hard each week to bring you AQWorlds:

Aranx: One of the newer faces on the AQW team, Aranx pairs speed with creativity and quality, and does it all in his spare time!

Aegis: Aegis came on board the AQW team over a year ago and contributes top-quality armors and gear in-between wrangling the deadly real-life monster.

Veneeria: We aren't sure where he gets his innovative ideas for weapon concepts, but we look forward to his creative take on weaponcrafting every week, and so should you!

Jemini: AQW and all-around go-to artist. She's been an AQW artist for the last half year (while still finding time to work on website assets or our other games).

Tomix: Though he mainly works on DragonFable, Tomix will often spare some time each month to craft exquisite weapon art for AQW.

Solrac: From weapons to armors, helms to capes, AQW's most cyborgic artist creates them all with speed and dexterity!

Dage the Evil: Beginning with AE as a player, Dage rose through the ranks to become an epically Evil artist for AQW!

J6: He's the only Bountyhunter who gives more than he takes! With AE for years, J6 has worked on every game we've created. As AQW's lead artist, he creates all our maps and often finds time for NPCs, monsters, and gear, too!

Sora to Hoshi: Sora's proven herself to be incredibly dedicated to AQWorlds as an in-game mod and Game Liason. She's got your back, and ours!

Reens, Stratos, and the Mods: The Lead and Assistant Lead of the in-game mods, Reens and Stratos run a crew of devoted volunteers who give up their free time to make sure AQW is a safe game for you all to play!

Miko, Mido, and Diozz: Please the eyes and you'll please the soul, and they want you to be happy from the start. Designing and updating all of AQW's website graphics, they're unsung artistic heroes!

Hizu: When you see an old monster with new, flashier skills, it's likely you'll have Hizu to thank. He's our assistant animator and buffs the epicosity of older mobs.

Samba: The nicest troll you'll ever find, she likes to move it, move it... and she's moved the quality-levels of AQW's monsters and cutscenes up to heights we've never seen before!

Zhimaira: The newest assistant writer, Zhimaira makes it possible for you to wield the weapons you do. He takes charge of the database work, the newsletter, and doing all the little things that make AQW possible.

Beleen: One of the punniest people on the team, Beleen uses her considerable writing skill to focus on new plans to get more people playing and staying with AQWorlds!

Dumoose: Once solely focused on game design (like tradeskills and guilds), over the Summer Dumoose stepped up to the plate and is now our release coder!

Yorumi: If you're able to log in and play AQW tonight, it's because of Yorumi. He's working on lag fixes, keeping the engine running, and is now devoting the bulk of his time to finishing guilds.

YOU guys: We make the game YOU want, and we try to base our releases and ideas on your feedback as much as we can! Thank you for helping us make the game be the best is can! (Saved the best for last, I did!)